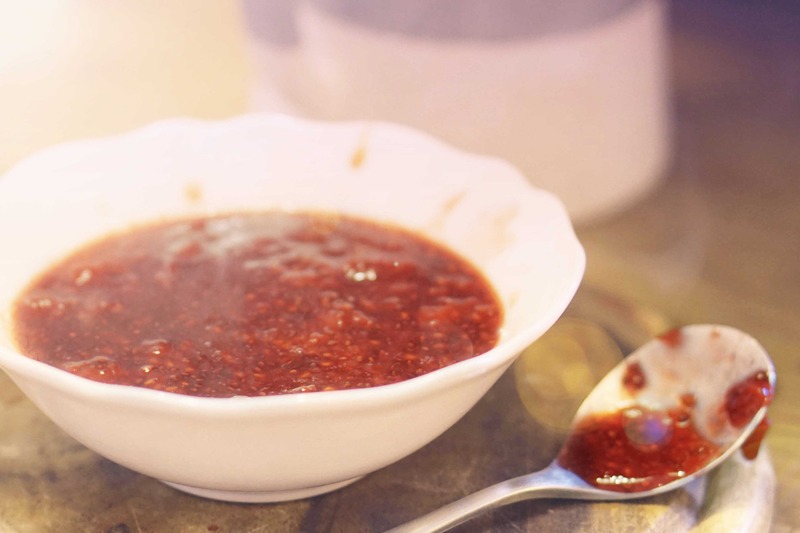 I wrote previously about how I started to make jam, since that seems to make almost anything edible to the sensitive pallets of my delicate offspring. Well, devious as I am, I'm finding even more ways to sneak healthiness into a jar of red berries. This time I made it with Chia seeds instead of pectin, and added Goji berries to the mix. At first I was alarmed as the seeds were clearly showing, and the dried Goji berries didn't dissolve as I had hoped they would, but it turned out to be a mere question of time, as almost everything in life is. I had to let it boil for about twenty minutes instead of about ten as before, but it turned out just as nice as ever, only with some hidden goodness in it! Being to kind of mother that I am, I still haven't told them what's in it - and they haven't noticed anything different at all.

Goji is considered the most nutritious berry in the world, and is packed full of antioxidants, vitamin C, magnesium, zinc etc. Chia is a seed that contains lots of Omega-3, fibre and protein. While Chia is virtually tasteless, and can be added to any liquid to make it jelly like, goji has a distinct taste, quite bitter, and I find them hard to eat as they are, but mixed with other berries they kind of disappear. 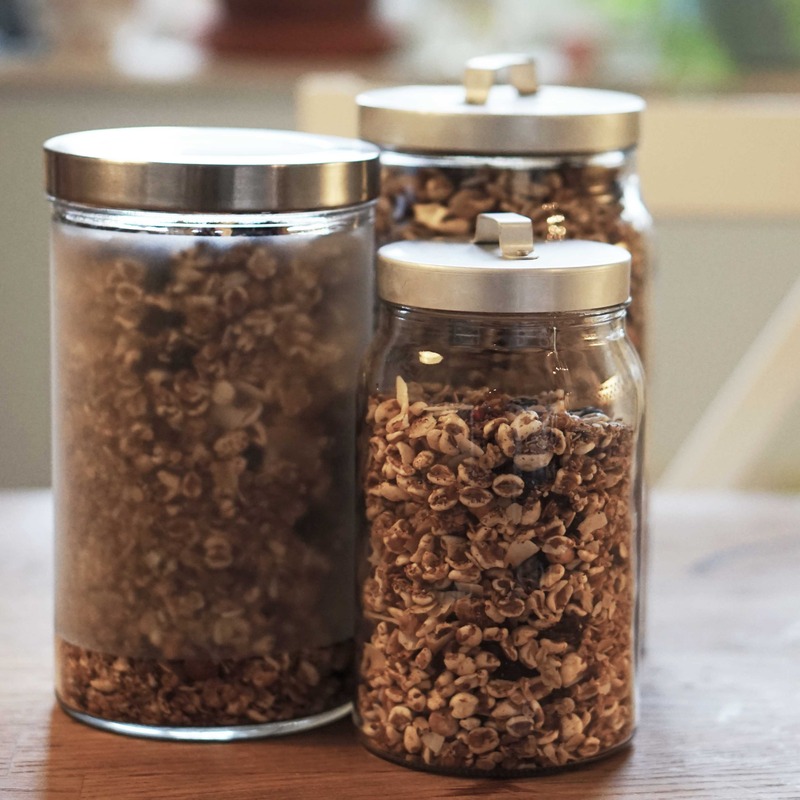 And then, as I was feeling all homely and Nigella like (I just love watching her cook! Even when she cooks meat I'm drooling...) I decided to make granola as well. This is another one of those staples I make about once a month, and everyone just loves. I keep about half of the batch for us, then graciously hand out the other half in little portions to my parents and brother.

It's ridiculously easy to make, you simply pour about one litre of oats and other grains, and add like a dl each of water, honey and coconut oil. Sprinkle on some cocoa, or cinnamon and cardamom on top, and put it into the oven for about half an hour. Then add basically anything you like to it, I usually put in Goji berries, cranberries, coconut flakes, hazelnuts, dried blueberries... The kids love it with some yoghurt and sliced banana on top, and if they've had that for breakfast, I can rest assure they won't be suffering blood sugar mood swings.

kids, cooking & baking, how wonderful I am