I am aware I haven't exactly been very good at updating lately, which I will mainly attribute to being insanely busy. September included Baruco and the trip to Barcelona, which I believe I already told you about, and People Days in Berlin, which I have not yet told you about.

Basically, I am insanely fortunate to work at a company that evaluates itself mainly on how much people love working there. Let's just take that again, shall we? You read it right. My company measures it's success on how much we love working there. Based on that, I'll say it's a raging success. But I'm getting side tracked. Berlin. My lovely company just flew 120 people over for 36 hours, to spend our annual People days in Berlin. To celebrate we just opened in Germany. Great talks, workshops, drinks, live music with a band that took the roof of the place, the works. I may be skint having spent my salary on babysitters, but I had a great time! 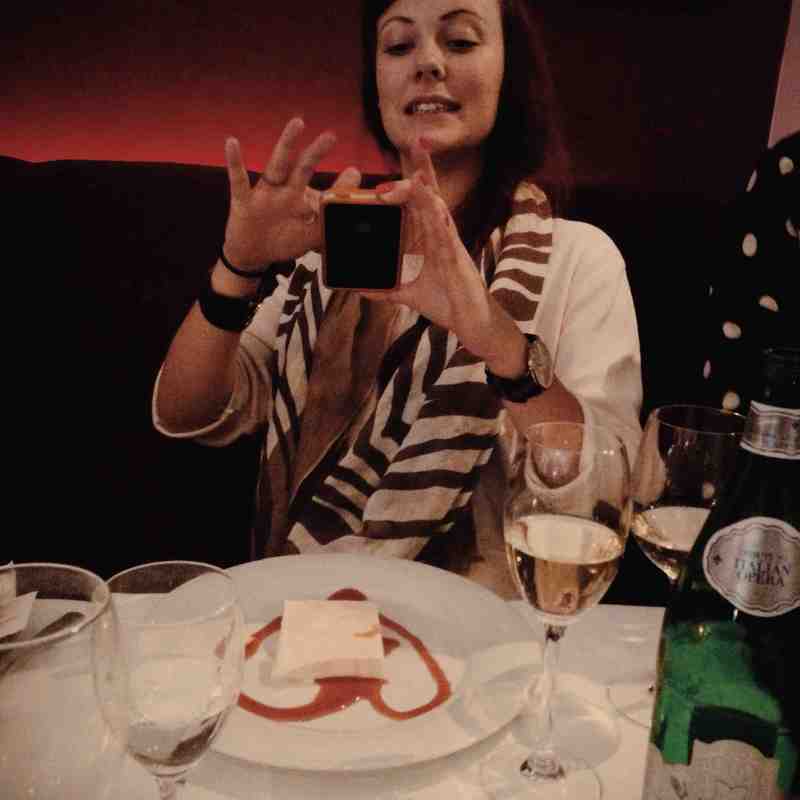 My sweet friend Fia is getting special treatment and enjoying it like no tomorrow. Also, you know, hipsters taking pictures of food... 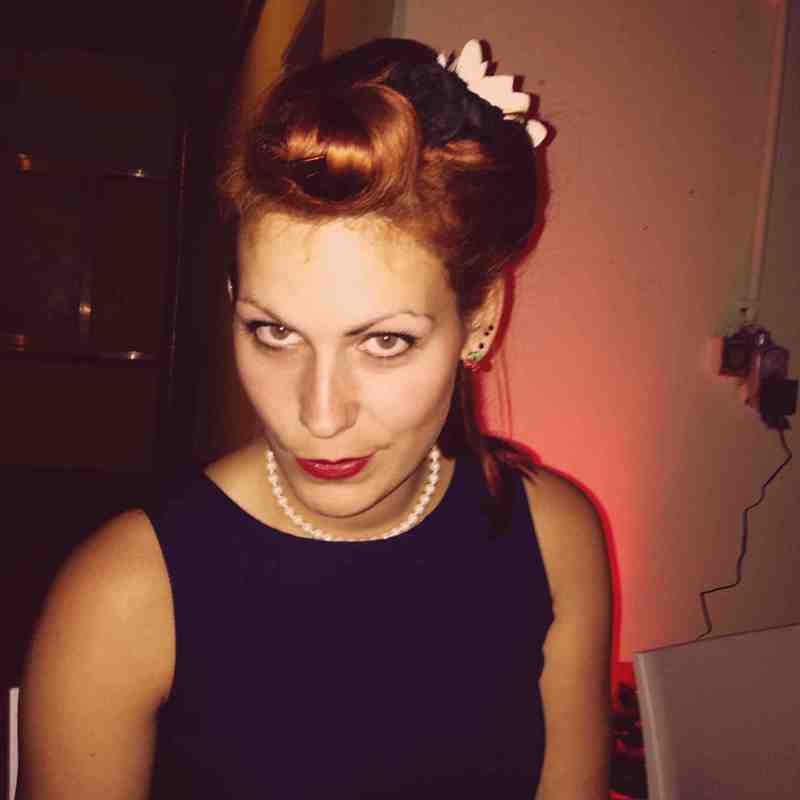 Lovely Li is all dolled up for the party in Berlin. She looks so amazing in this picture I think! 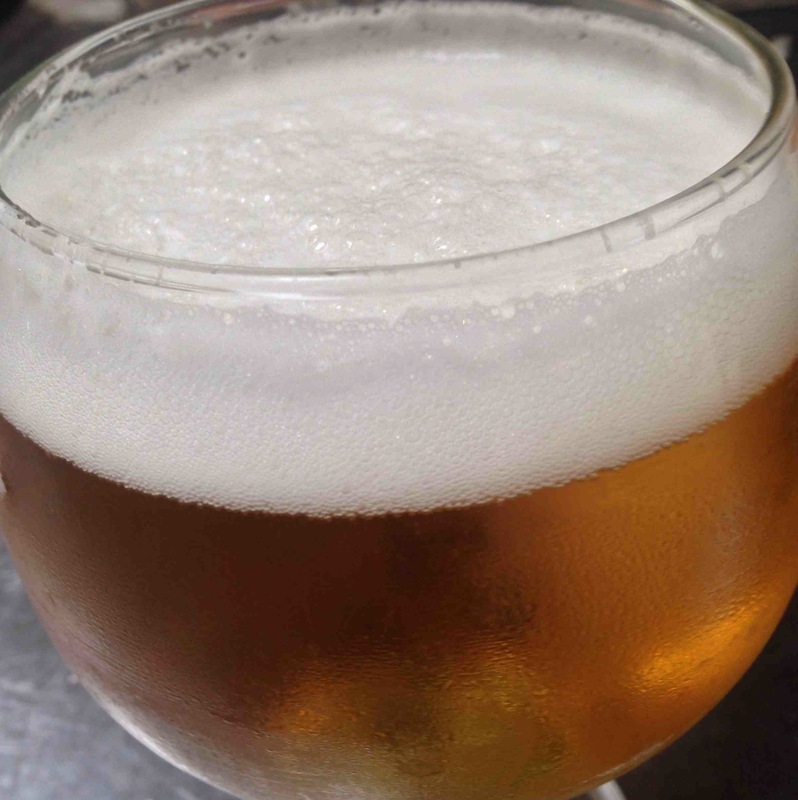 Well, yes, there were drinks, and then I'd had too many to remember to take more pictures. That happens. :)

October is so far trying really hard not to be less interesting, so it's offered our annual Mynewsday, for which I was tweeting and it may or may not have been a coicidence (it is completely a coincidence) but while I was in charge of our twitter account, @mynewsdesk_se, the hashtag of the day #mnday was trending on twitter. Kind of cool no? Oh, and also no big deal, but that led to an article by our lovely internal journalist, which you could read here (especially if you like reading me ramble). 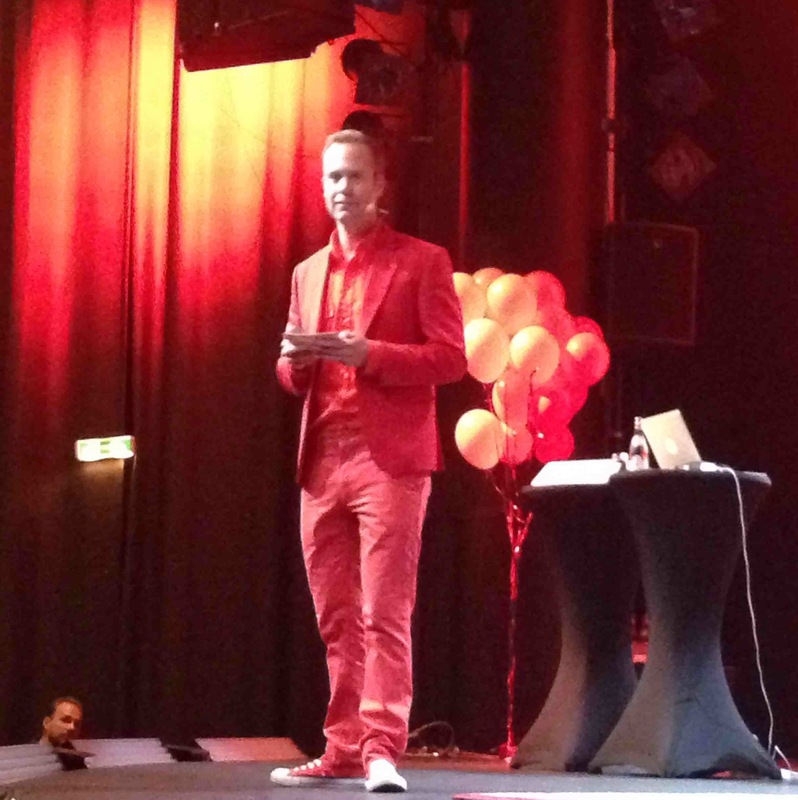 Fredrik Rahnasto doing a stellar job at presenting at Mynewsday. Who knew he was so funny?? 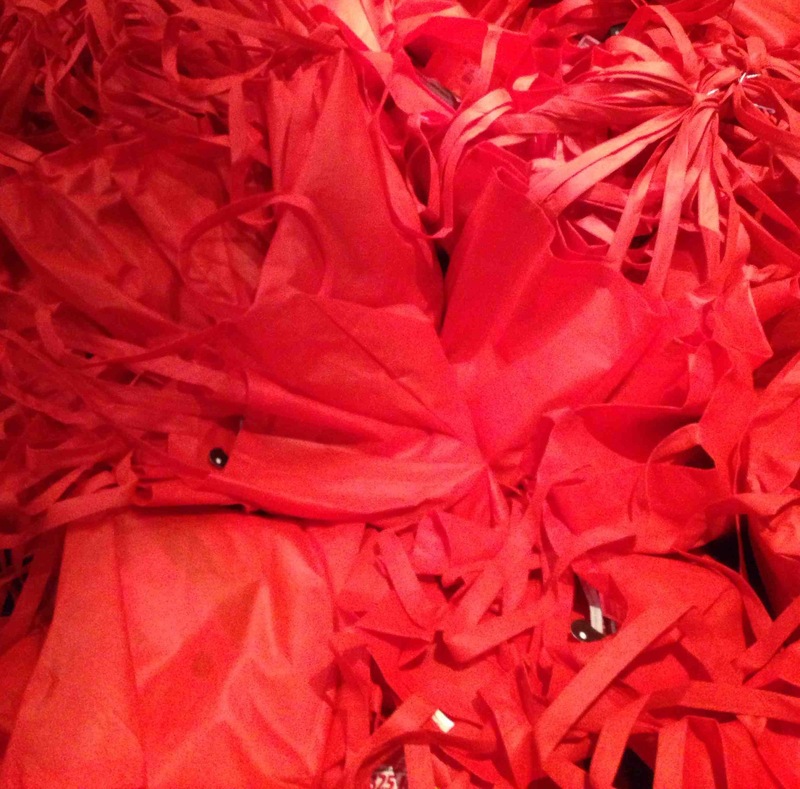 There were goodiebags. Soooo many goodiebags. I feel bad for the people packing them, but hopefully the people receiving them were happy enough to make up for it!

October is also offering up a trip to see my lovely UK team next week, which will be great! I haven't been over since August, and even though I got to see them all during People days, it's not the same as being there in person. On Tuesday we have an exciting product strategy day, and next morning at 4am I'm off! And yes, there is a slight chance I miss the flight. What can I say, I like living on the edge...

Oh yes, and getting back to the picture of me that I started with. I'm guessing you wonder why that's there? Well, following a discussion from last nights drinks, I figured a semi-public annoncement is in place: I've officially given up on my daily struggle with the straightener and am wearing my hair as it irrevertibly returns to as soon as I touch humdity - curly. If you see me and think I look odd - no, I did not decide to go for an eighty's perm, I've just given myself an extra twenty minutes every morning. End of anouncement. Sorry for the really long post, but it was either that, or like five of them. Honestly, what would you have prefered? I know, I know, I will get better at updating more often again.

P.S. I know the comments thing is broken. I know I need to figure it out. But you hardly ever comment, and I am short on time. So if you think about it, it's really your fault. Somehow. I'm not really sure how, but I'll work it out and get back to you, ok? Or I'll just fix the comments function and then you all comment like mad. Deal? Deal!

Last week we packed up the entire product team and took of for Barcelona, and the Baruco conference. We combined a few days of team building with a few days of conference, and ended up having a great time. Though five days proved to be too much for me to be away from my monsters, Barcelona was lovely. I will always sincerely heart a city that sports a beach.

We ended up renting a huge flat for the whole team through AirBnB, which was pretty great most of the time, at least during the days, but pretty awful as I snore and feel terrible about sharing a room with anyone. I ended up trying to go to sleep after everyone else and waking up before them, and as a result had such a sleep dept that by the end of the trip I was completely knackered.

And now I'm back home, doing the Certified Product Owner course at Citerus, which is turning out to be mind boggingly good. It amazes me how they manage to cram so much information into just two days, and how it all manages to make sense. Two days of this and I will be returning to work with a revolution on my mind...

I just have to share this pic, taken just outside my hotel for my last trip to London. The hotel is literally just next to Saint Pauls Cathedral. So every time I went out for a smoke some fresh air, this was what I was looking at. The downside was that every hour on the hour, this is what I was listening to...

Still, felt good to not be stuck in old habits, and trying out a new hotel. Not that I had much choice, my usual hotel was full and this was the best I could do. Will I stay there again? For all the lovely views, probably not. Way, way to corporate for me. Lovely to stay at once, but next time I'll either be back at my usual hotel, or I'll try another one.

I had a really good trip, and was able to combine some training sessions, meeting potential customers, and drinking wine with good friends, which is basically all the ingredients for a really good trip. Now it'll probably be until beginning of October until I go back, in September the Product department packs up and heads to Barcelona for a conference, and the entire company heads to Berlin for our People days. I wonder what my kids are going to say about me being away so much...?

This was Grange St Pauls hotel, and though it's usually a bit on the pricey side (like £300 per night for a single...) in the midst of summer I think I paid around £120 per night for it. It's absolutely lovely with large, clean and modern rooms and a great bar, though too corporate for my tastes.

Three weeks and four days in

Our holidays are coming to an end, at this point it's starting to feel sad. I've gotten used to having all this time off, day after day of free time to spend with the boys. We haven't gone abroad, instead we've spent time around Stockholm. It's been really fun, and I feel abit weird going back to work, always worrying about the kids when I'm at work only to worry about work when I'm with the kids.

I haven't really been able to let work go completely, I've still answered important emails, and tried to help out when my team's needed it. In retrospect, maybe not the best way to spend this precious time, but I am who I am, and change is hard. However, I've vowed to be better at leaving early from time to time, maybe take a day and work from home once in a while. Considering the amount of extra time I put in at work, it would probably do me good!

A room with a view

Though maybe not much of a view... Still, I like my dull hotel room view, as I like my hotel, when I'm in London. I try to make a point of staying at the same hotel when I'm in town, it gives a feeling of normalcy. It's not far from work, though far enough for me not to feel like I'm staying at work, and even though I dislike staying at hotels, I must admit I have a thing about hotel room windows. I enjoy sitting in the window, watching the world below... 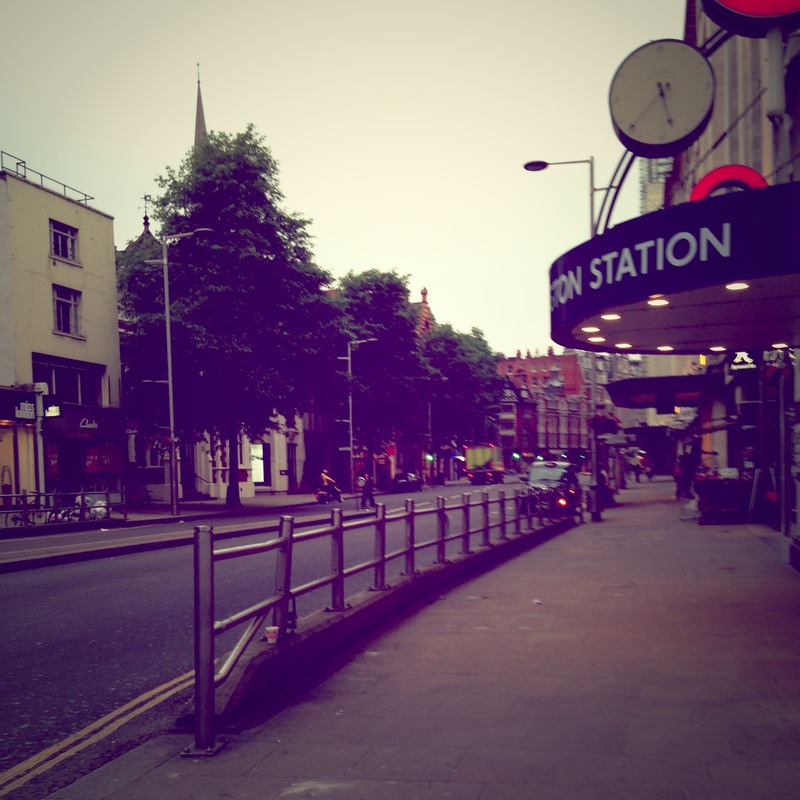 After last week's visit in London, I actually, for the first time in years, have a holiday! Well, I'm easing into it, and will be working tomorrow, but the plan is basically to be off work for four weeks! Maybe I'll take the kids on a trip somewhere, lay by the pool for a while and relax... And even though it feels weird not being in London for almost five weeks (I've grown so used to flying over every two or three weeks) it'll be good to get some rest too! Switching on holiday mode as of... well, as of Wednesday, but you get the general idea!

This time, when I headed down to London, I stayed at my friend Fia's place. I hate staying at hotels (at least when I'm working) and spening time with a friend is not something I'm spoiled with, so this was such a win for me. Fia and I know each other from work and became friends (this is so rare for me, I find it so difficult to make friends, especially in Sweden) and she's one of those people that you spend time with, and then come away feeling happy, energised and more appreciative of life.

Also, this time instead of having a really mad schedule with tons of meetings, I had three really important meetings, that also turned out to be really good ones. Even though the crazy schedule was necessary last time, I was quite happy this time to be able to focus on quality rather than quantity. Also, getting a chance to hang out with a friend, go shopping and spend long lazy nights sipping wine made this a really good trip! :)

london, work, for the love of friends

Party on the roof

We threw a rooftop after work at my work, for our customers. No holding back, the image shows 600 red baloons released from the rooftop terrace! It was a really good party with lots of different people showing up. Thankfully, with all my trips to the uk, my kids are now completely fine with my being away for an evening here and there, so while I had a grand time at the office, the boys had an equally wonderful time playing games and watching Pokemon! ;)