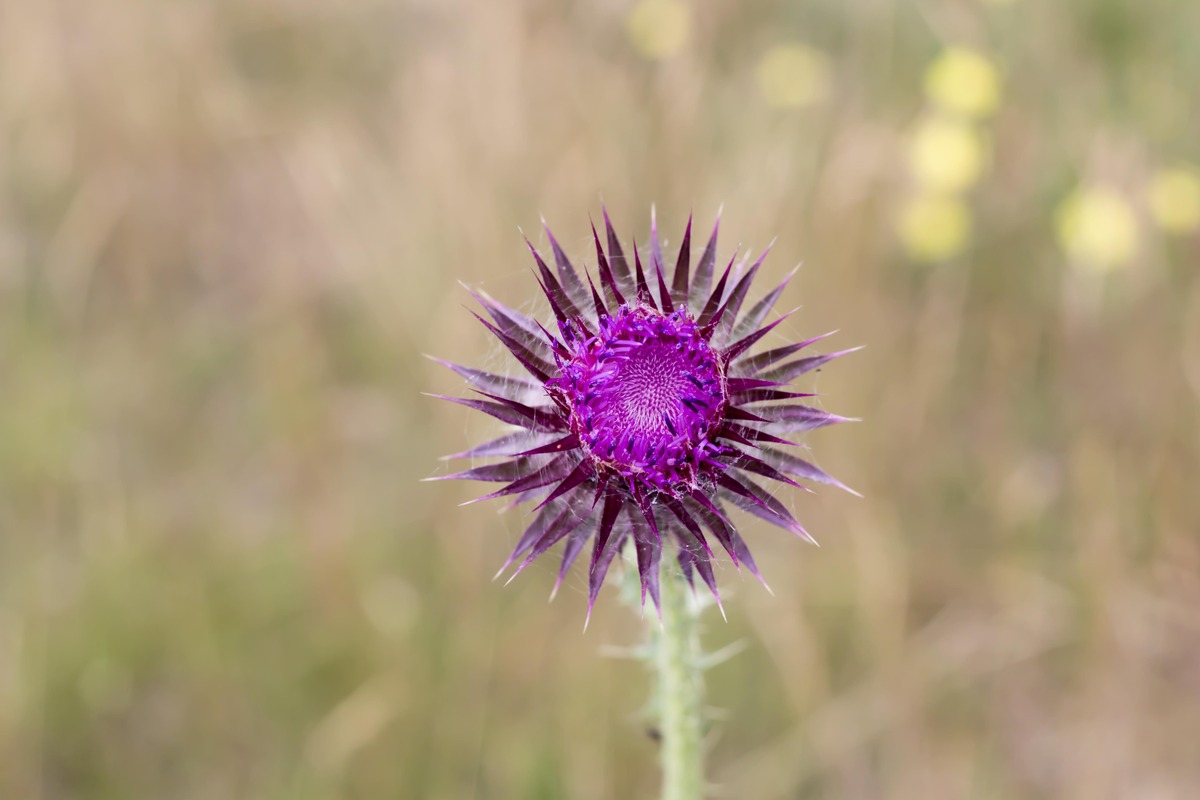 I think it’s really fun to look at my Analytics, mostly because I like to look through the search terms people have used to find my blog. Some of them make me laugh, others leave me wondering, but of the more coherent ones, along with emails I get from people, I thought I’d do a Q&A series! If there are other things anyone wants to know, feel free to email me at hello@hilladuka.se, or comment below. I’ve divided it in to 3 parts based on what people have searched for and emailed me about: cancer, kids room / living in a small space with kids, and drawing / doodling. I’m starting off with the cancer bits so that we have more fun topics to look forward to!

Here’s what I wish - really really really wish - someone could have told me when they told me I have cancer. This is what I would have needed to know to pull myself out of that pitch black grave I fell into as the doctor started using words like malign and spread.

You have cancer, and it has spread throughout your body. We have no way of curing it, but that doesn’t mean that we don’t have ways of treating you. Yes, treatment will be tough, but you will get through it. Even if right now it feels as if your life is falling apart, you will be happy again. Even though it feels like you’re already dead, you will go on living and enjoying your life. It won’t be the same as before, but it will be a good and fulfilling life. And yes, this probably means your life will be shorter than average, it probably means you won’t turn ninety, but the future is never written in stone, nothing is for certain. What matters in the end is here and now, and knowing is better than not knowing. Knowing means we can use what we’ve got.

Should I chose a wig or a scarf during chemo? How do you tie a chemo scarf?

I have no idea what feels right for anyone else, for me I wore a scarf at times and nothing at all at other times, depending on how I felt and how my scalp was. Some days the scalp is just in no shape to be exposed at all, and on those days a scarf was the best option. Even though I tried it towards the end of my chemo, a wig is just not for me. I tried tons of different ways of tying a scarf, and basically found two ways that really worked for me. Tying a scarf when you have no hair and chemo makes you really sensitive can be tricky work. This video shows the first technique I learned and stuck with most of the time. It’s really good because it requires literally no skills at all.

The other way that I found works for me is tying a tichel. A tichel is basically a Jewish modest hair covering. It’s different from the Muslim head coverings that I’ve seen in that it doesn’t matter if some hair shows, and it’s not there to cover your neck or any other parts, and I found the way you tie it further away from your face to be far more comfortable than other tying methods, apart from the one I linked above. There are some great tutorials on how to tie a tichel if you're interested, best way is to just search for it on YouTube! 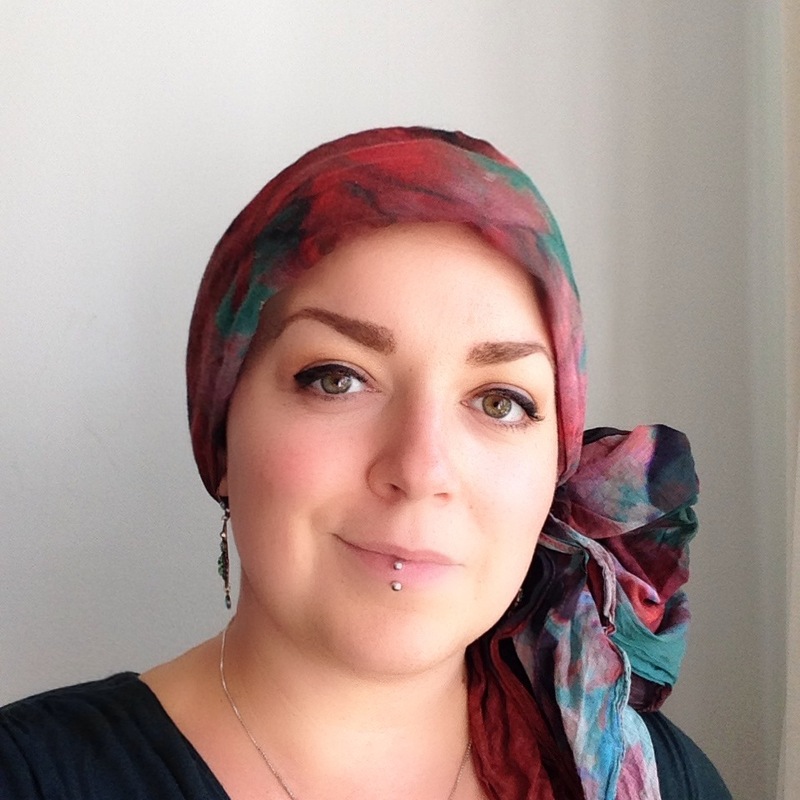 What is it like to have breast cancer spread to the bone marrow?

Well, it sucks, for one thing. Any kind of spread means that it’s terminal. There’s no way of ever getting well, it’s just a question of how long. Of course I keep hoping for a very, very long time - long enough for someone to find a cure, but my Facebook feed is a mixture of ramblings against the racist party here in Sweden, new babies, weddings, and deaths. On an average, someone in my Facebook friend list dies about once a month. I guess that’s a big difference.

Also, having your cancer spread to your bone marrow means it affects your blood, which also means it affects how you feel. In my case I was extremely anemic, as my blood count was about half of the lowest acceptable value for healthy people. That meant I got extremely tired, dizzy, out of breath… Once you start getting blood transfusions you already feel better, and during an effective chemo, as the cancer cells die your body will start to make more blood, so you’ll not feel as weak. These days, my blood count is rather ok, and it’s not the bone marrow spread that causes me problems but the spread in the skeleton, which has weakened my back.

What is it like living with cancer/ terminal cancer?

I still don’t know how to actually describe it, because the whole point of being healthy and not close to death is that you’re really not supposed to understand, I think. It’s like I’m standing with one leg in the normal reality, and one leg in terminal illness. At times I think about what it will be like for my family when I’m gone, and then I'll fill myself with rebellious spirit thinking I’ll screw the cancer and live until there’s a cure.

I cry a lot. I have a hard time concentrating sometimes, because the thoughts in my head are so loud I can’t actually focus on what someone’s saying. I can be doing something completely mundane, or extremely important, and in my brain I get this really vivid image of how it's going to be for my kids and my family when I'm gone, and it's at once extremely real and at the same time impossible to take in, abstract and unfeasible.

I’m always in some kind of pain, sometimes I’m in a lot of pain, and it’s been hard finding effective medicines against that. Now, I take 12 hour morphine two times a day, and extra morphine when needed. I also take Ibuprofen to help relieve some of the pain, get acupuncture once a week, and with my therapist I explore ways to mentally control the pain level. But here’s the thing - being in pain doesn’t mean the same thing to me as the patient as it does to those around me. I can feel like “it’s *just* pain”, it might hold me back from things I want to do, but it’s honestly not horrible. However for the people around me, seeing me in pain is horrible, it’s the worst thing they can imagine. So I try not to let it show too much.

What I’m trying to say is that, if you’re someone recently diagnosed with terminal cancer and you’re wondering what lies ahead, don't. Take each day as it comes, and just know that the first extreme reaction will pass. You'll not wake up and feel like someone wrenched out your heart as you remember forever. Having cancer will be a part of you, but it won't define you. There will even be moments where you'll forget that you have it. And as with everything in life, there'll be bumps in the road, highs and lows. Practice Mindfulness, and learn to be in the here and now. But then again, I think that's pretty much the answer to everything...

What’s it like to go through chemo? How does chemo change you?

I went through ten rounds of chemo, and had three weeks between each turn. For different cancers there are different chemo cocktails, some you have to take every day, others once a week some once every three weeks, it all depends on the type of cancer. But for me this meant two things - I was lucky enough to be able to live at home, and I would have almost two weeks of being kind of well between each turn. The first week is really shitty, and I’d feel like I literally hit rock bottom, and then I’d spend two weeks slowly climbing back up. Each round would be different, so I’d never know how I’d feel, and constantly live in fear that the next round would be impossible to cope with.

Another thing that I didn’t know going into chemo, was that the chemo would slow my metabolism, along with the fact that I’d be basically bedridden, and some of the meds I was taking would make me hungry like all the time. In my head I saw really skinny dying people, and I thought it was a good thing I didn’t lose any weight. Instead I put on a stone and a half, which I really didn’t need. The extra weight is close to impossible to lose as things are now, and it’s giving me poor liver values…

And, lastly, going through a long period of chemo gives you chemo brain. Chemo brain, this disorganised, new scatterbrain is a bit of a handful, it's strange to adjust and adapt to a new you. But that's true for life after chemo in general - nothing will ever be the same. 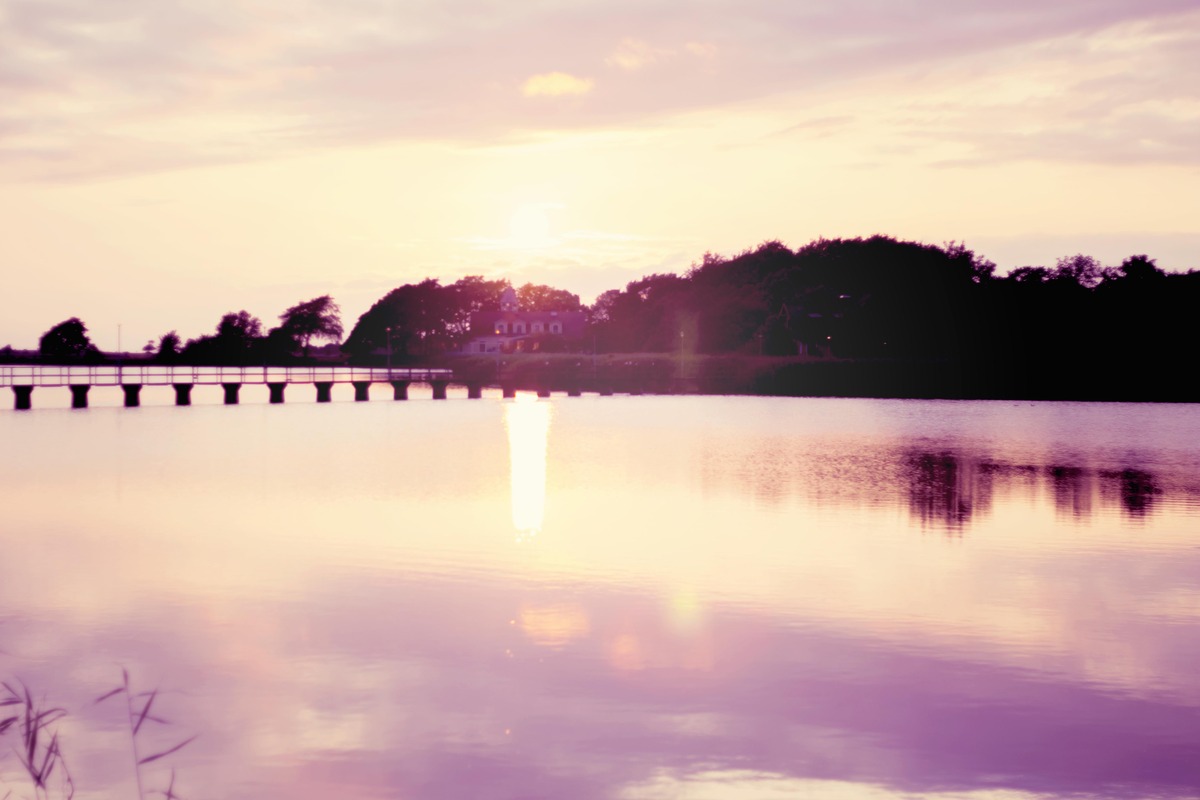 cancer, chemo and other treatments, q&a