off course and astray 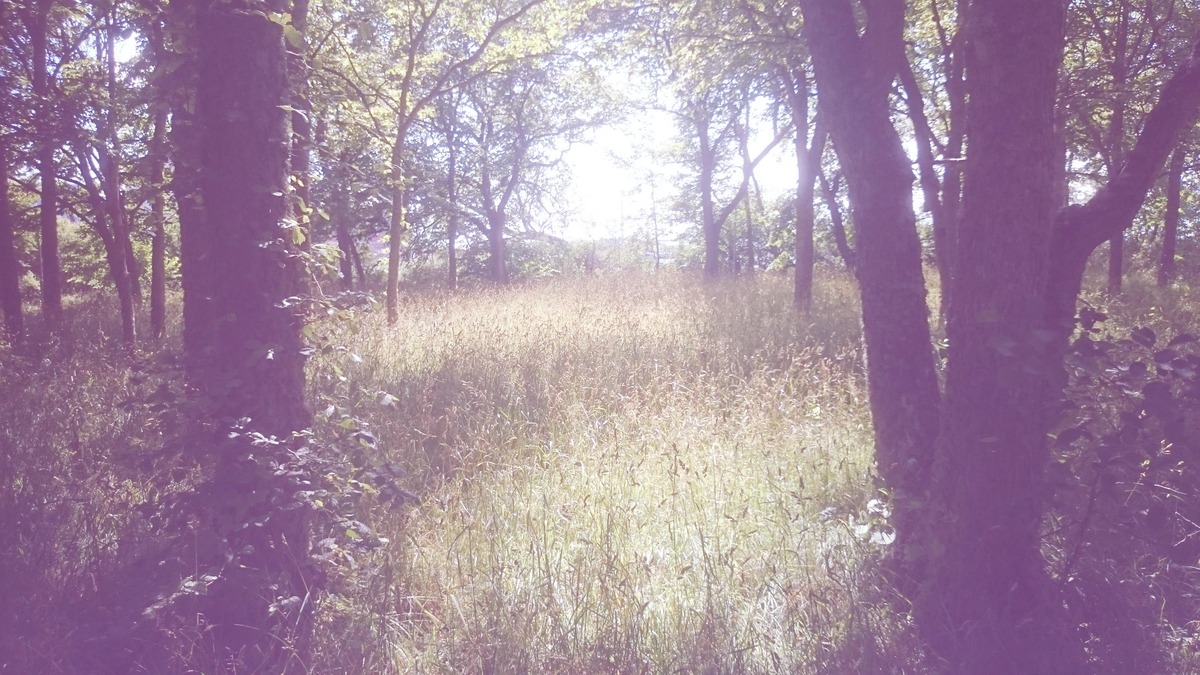 I realise it's been so long since I've written, one could easily assume I've stopped. However, that's not the case, it's just that I haven't been in sync with myself. So many things have happened lately, I've felt a bit as if I've lost my bearing, and forgot where I was, and what I was fighting for.

So first and foremost, just to update you who might still look in from time to time - the cancer is not growing, at least as far as the doctors can tell. I'm now twelve months in remission, and so very, very thankful for it. Especially since I've recently come to realise that judging from the blood tests when I was first diagnosed, it was entirely possible that I wouldn't be strong enough to cope with even one chemo treatment, let alone ten consecutive one's. But I did, and I'm still here, and very grateful for it. I still take things day by day, I still focus more on family than anything else, but I've lost my centre, and I need to fight to get back to that calm, centered place where I felt in touch and in tune.

The last few weeks have been mad, I've had surgery on my hand, so underneath a massive bandage there's a scar running across my palm and up on my wrist. Or at least there will be, once the stitches are removed. Then after a short recess for Christmas and New Year's, we're doing the same thing on the other hand. Carpal tunnel syndrome, one of many little reminders of the chemo that has been left in my body... Still, no point in complaining, and I'm happy to have it treated.

And since misery loves company, my middle son Jacob was taken (well, I took him, not as in abducted by aliens) to the emergency room in the middle of the night for appendicitis. It was gut wrenching to see him in pain, to see his eyelids flutter to a close and be ushered from the room. After a torturous 90 minutes he was in recovery, and I sat by his side as he slowly came out of it. It was only 36 hours between going in and coming back home - one appendix shorter. But both he and I are mending well, even though we sometimes forget to be careful enough with our stitched up selves.

I had to return to that, as I was proof reading for embarrassing typos: Being careful with our stitched up selves. How many of us are? We're all broken in some way, be it visible or not. In our thirties, how many of us can honestly say otherwise? And honestly, how often do we take care of ourselves? In fact, we go so far as to take pride in NOT taking care of ourselves! What a crazy thought... And then we wonder why people hit the wall, get depressed, divorced, whatnot. How can it be that it's so, so hard, to just take care of "our stitched up selves"?

Well, I suddenly seem to have a million things to write down and let you know of, but I'll leave it there tonight, and know that I will put together another post soon.

jacob, pill popping, cancer, chemo and other treatments, life and other questions

Big events for a little man 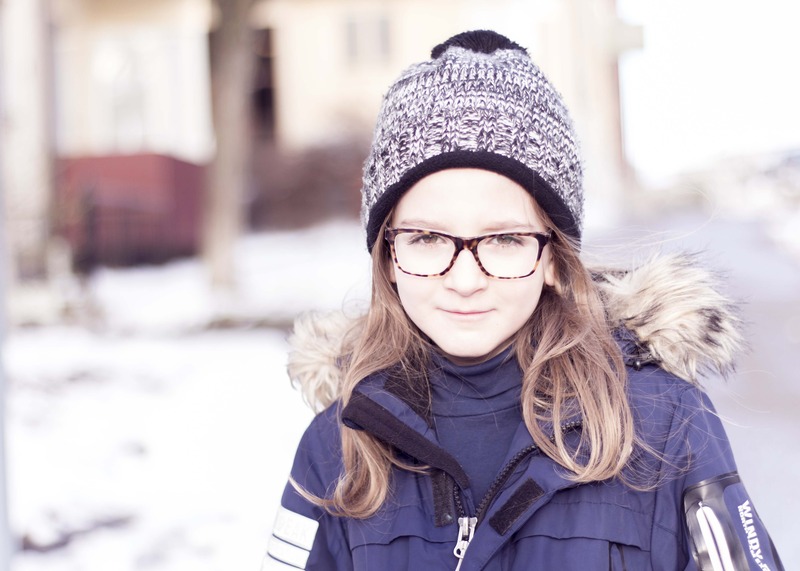 Choosing frames, getting your eyesight checked, waiting for your new glasses to arrive... These are big events when you're eight years old. Last week we went to the optician, and the time since has been anxious waiting for Jacob.

Today his new specs arrived, and it was a very excited little man who skip hopped through puddles and over slippery ice all the way there. Unfortunately there was a small mishap with the woman in the shop, to whom it was apparently impossible to imagine that the child with long hair in front of her would indeed be Jacob - a boy. After I assured her, repeatedly, that this really was my son, she gave him the glasses, and off we went. 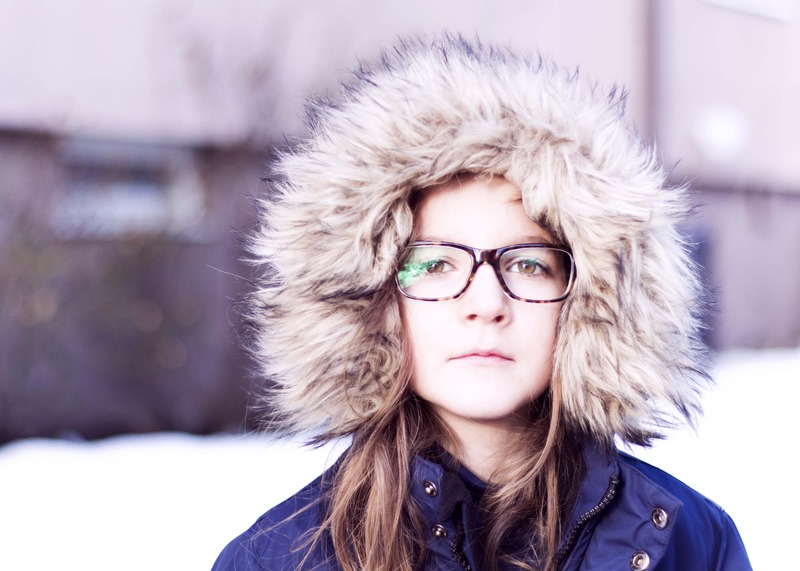 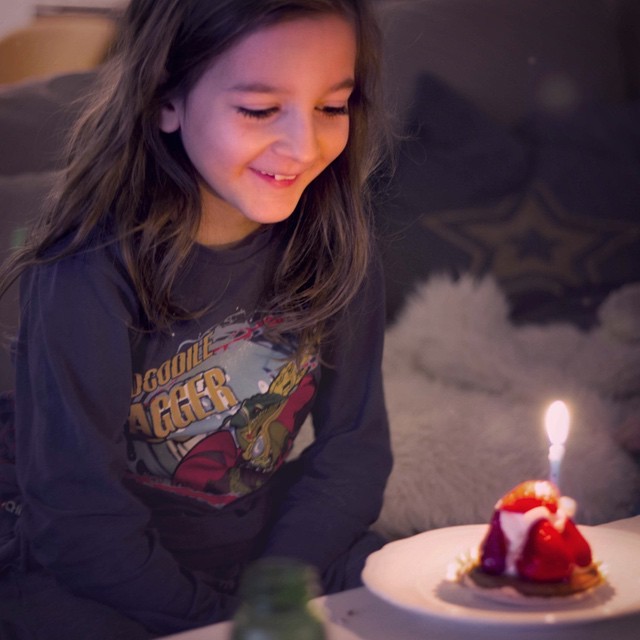 Yesterday we celebrated my clever, strong willed, highly opinionated and very charming son Jacob turning eight. As I constantly overestimate the time I have at hand compared to the time it will take me to do anything, I first went into town for a meeting, and a lunch date with two lovely friends from work. 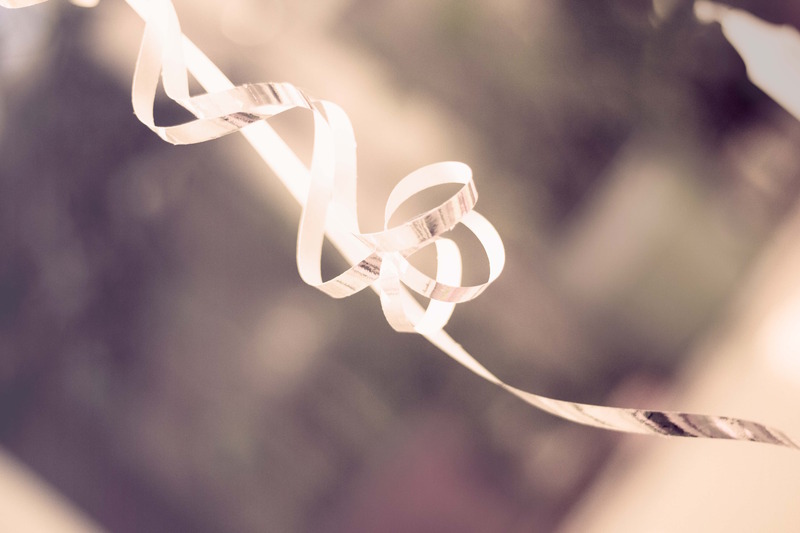 When I finally got home I was exhausted, and still had to decorate and clean and make a cake (planning ahead aparently doesn't work for me), thankfully I had lots of help from Jonathan, but by the time the guests arrived I was knackered and lay panting on the sofa - charming... 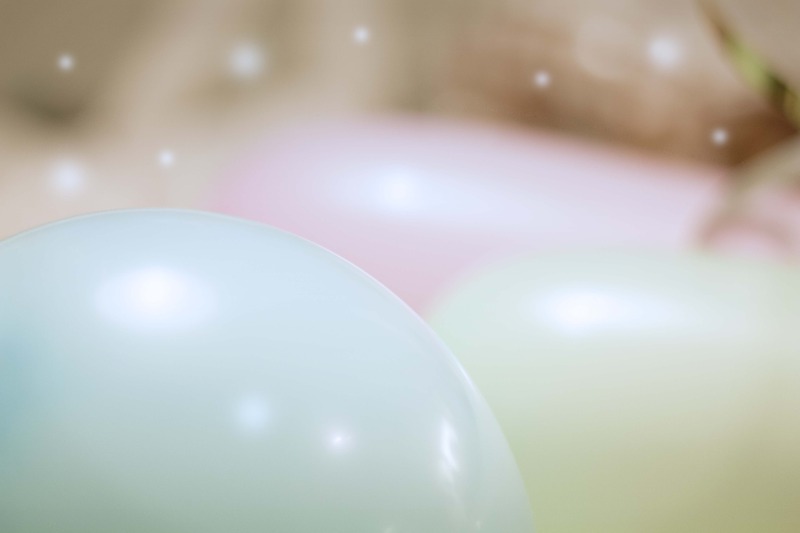 Balloons for my lovely boys. 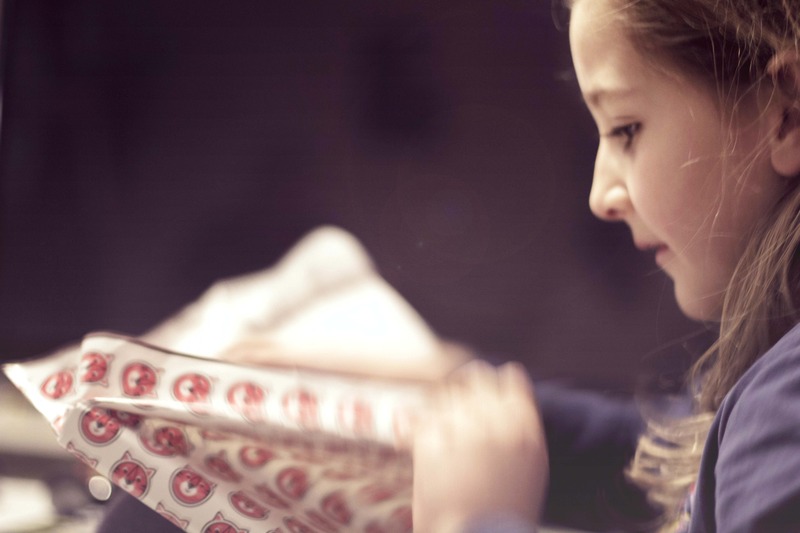 Still, decorations and preparation matter little to birthday boys - presents and cake are way more important. Ever since Jonathan got a phone for his eighth birthday, Jacob's been impatiently awaiting his own eighth birthday, hoping for a phone of his very own. He was thrilled to unwrap his present and find an iPhone 4. 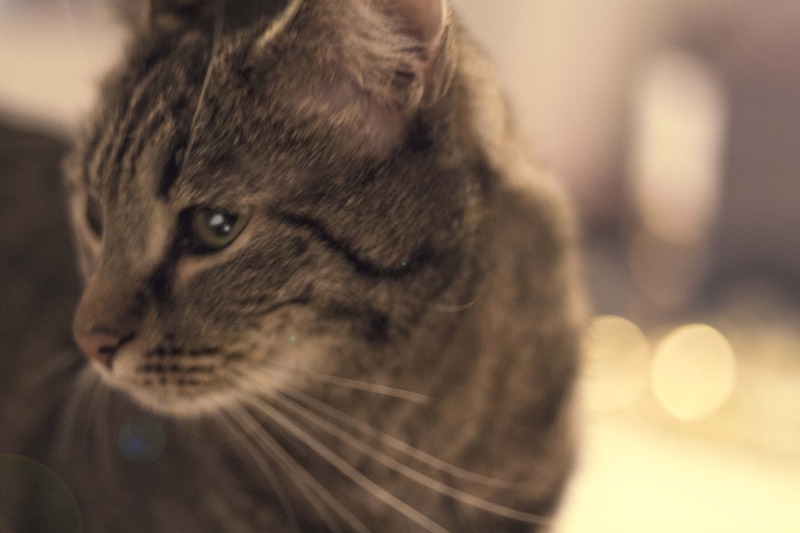 One of our more special cats, Aidan (the one who thinks he's a dog and has no tail), helped with the wrapping paper. The rest of us are a bit unsure as to what he was helping with, but he was most happy to do it. 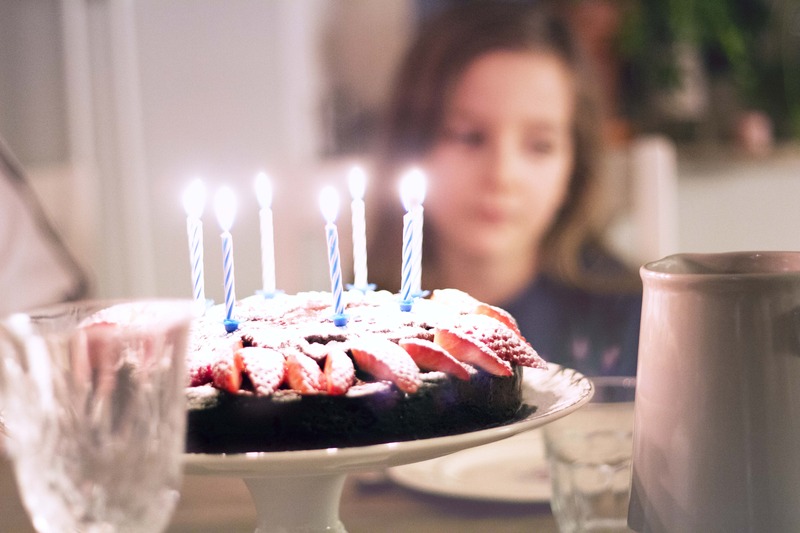 And then, presents had and dinner gulped down, came time for cake. Dark chocolate with strawberries had been ordered, so I didn't really have to get creative at all.

And then the party was over, the guests leaving and the kids climbing happily into their beds. And despite stressing out and feeling inadequate most of the afternoon, I sat down and looked at the mess around me, and felt so happy and grateful. Another birthday when we're all together.

No no, it's not the thick long eyelashes or the perfectly shaped eyebrows, direct your eyes at the gap. Huge milestone passed here.

I came home from work to find something missing - Jacob lost his first tooth. He's incredibly proud, and quite exited to see if the tooth fairy takes it and leaves him a coin instead. That is, if he can let it go - he's been holding on to it ever since it fell out. 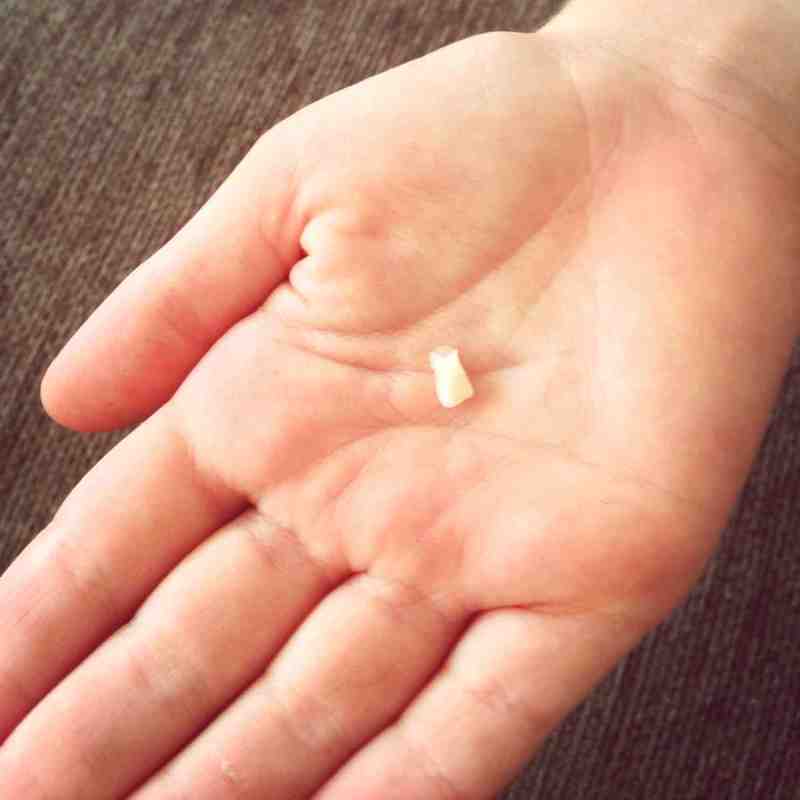 Milo turned five a few weeks ago, and for his birthday got a trip to the circus for the whole family. While I was less than thrilled, all of the kids where excited to go - all though Jacob expressed some concers about the clowns and whether or not they where frightening.

We all ended up having a wonderful time. The kids from watching the show, and me from watching the kids. It really was amazing seeing how they reacted to all of it. Jonathan with shining eyes, on the edge of his seat, laughing and clapping. Milo watching, and without realising it doing the movements along with the performers. And Jacob sitting as still as a statue, nothing registering on the outside, just taking it all in. He was quite concerned about the elephants, and had that one lost its tusks, and did she not look sad. He is such an animal lover... 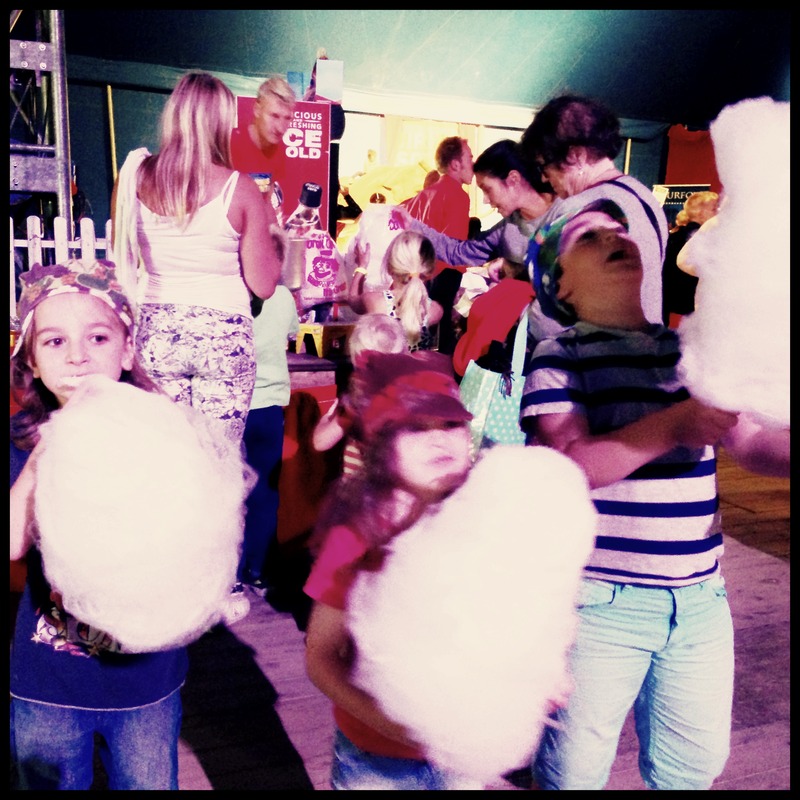 One of the best things, as far as the boys where  concerned, was the candy floss. Milo ended up having spun sugar all over his face, his hair - everywhere. After the show two kids where asleep, while the third declared it to have been the best night of his life. All in all - worth it.

Jacob has such a hand with animals. He absolutely loves animals, and the feeling seems to be mutual. Cats, dogs, horses, they all seem to flock around him, adoring him. And he's not like those kids who handle animals (pets mostly) really roughly, he really does understand that they're people, just of a different sort than us.

Needless to say, he was thrilled when he got to go and visit animals with his granddad the other week. The highlight of the visit to the animals was apparently feeding the rabbits - but to me, this pic says it all...

Jacob needed new shoes desperately, but finding summer shoes at the very end of the summer is not the easiest. So rather than running through every shoe shop in Stockholm looking for a pair his size, we bought a cheap pair of canvas shoes in his size, and made a project of it! We changed the colours and decorated with his name.

We had a fun afternoon together decorating them, they ended up costing practically nothing, and he loves them so much he tries to sneak them to bed with him.