To wig or not to wig

Did you ever wonder what happened after I said I'd try the wig thing out? Well, here it is - me in the wig. Coincidentally, this is the only time I wore it. It sits on its stand in my bedroom, decorating a styrofoam head rather than mine. In some way, I'm happy I have it, but I just don't feel comfortable wearing it. I feel too much like a lie, a fake.

I thought the wig would let me escape the reality of having cancer for a bit - but it turns out it runs much deeper than that. For now, I'll stay bald. Hopefully I will have time to let the hair grow out a little - even a super short pixie cut sounds good at this point. As long as it's my own hair.

Edit: I realised looking at this that someone reading it might think this is how I look nowadays, more or less. It's really not. Since I have this compulsory need to not keep my blog as some kind of look-at-me-with-my-successful-life channel, but rather the not-so-popular radical honesty channel, this is what I look like most of the time: 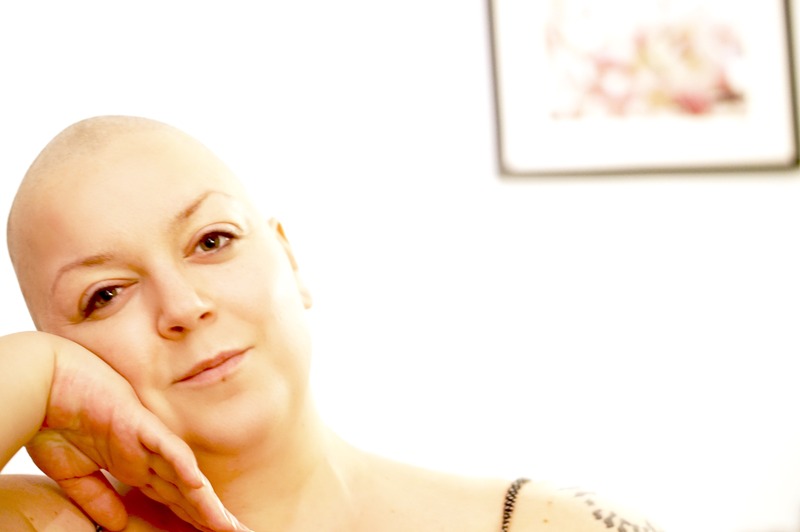 Milo snapped this shot of me so quickly I didn't even have time to put on my I-hate-being-photographed face. Ten rounds of chemo has left me swollen beyond belief, puffy around the eyes and with an arm that looks more like the hammer of Thor than anything human. Has about the same mobility too... No, it's not a pretty picture, but "pretty" is very much secondary to "alive"