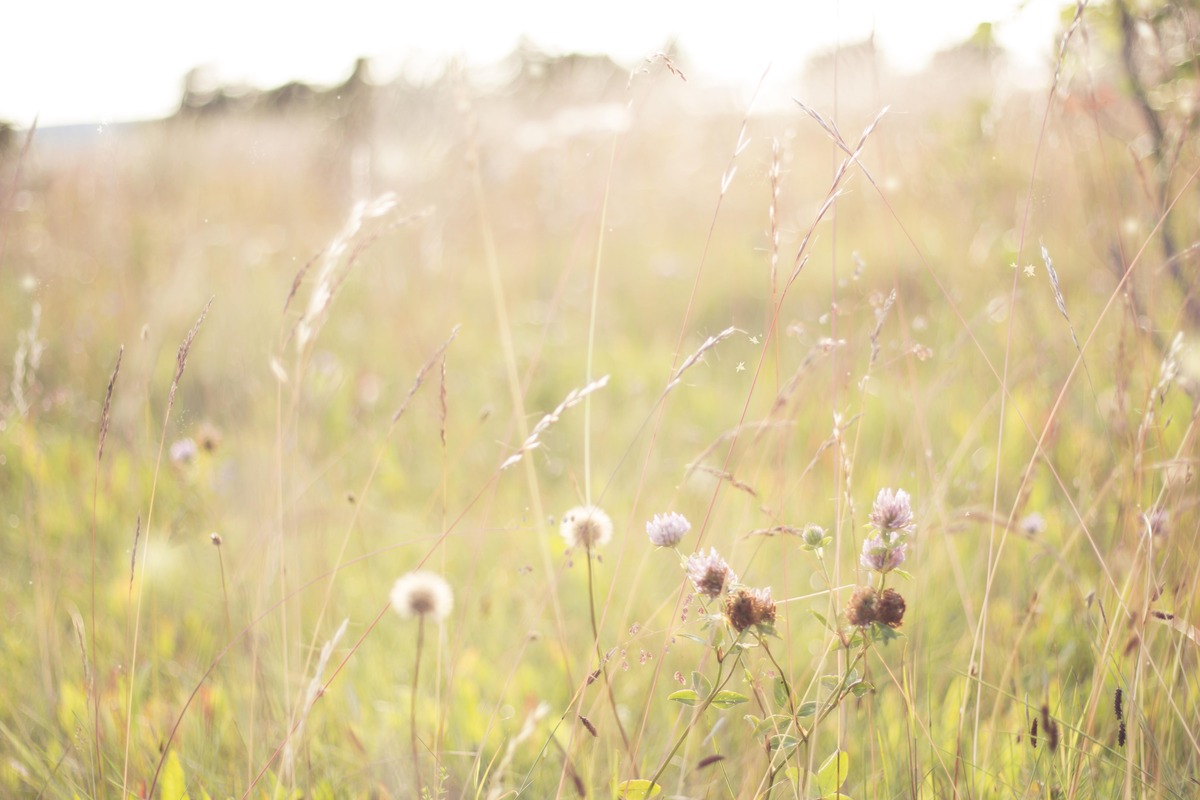 So upon the good news of No New Growth, we packed our bags and together with my dad, his wife, their dog and my brother headed to Gotland, where we had rented a house for the week. Eight people and a dog did mean some challenges, but now that I'm safely back in my comfy sofa editing photos, I will claim we had a great trip. The weather wasn't great, but that only meant we got to drive around and see some stuff rather than simply drive from beach to beach. 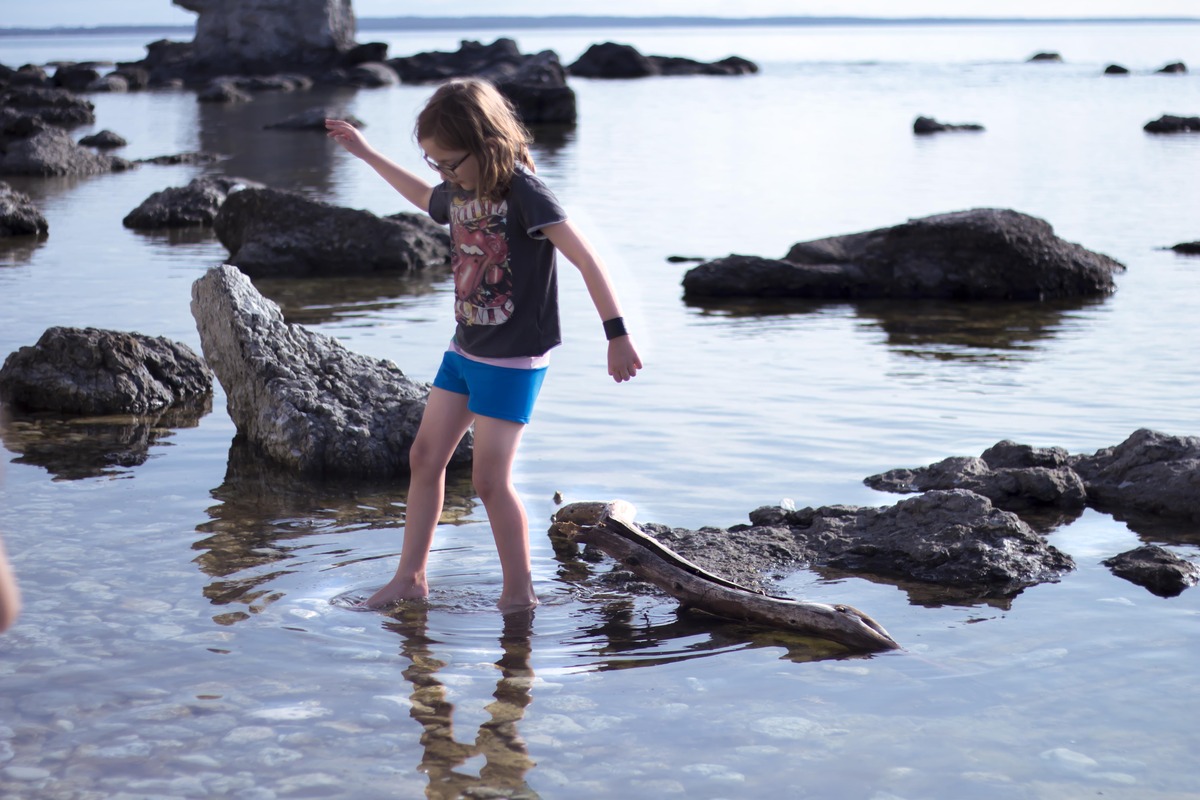 Gotland is of course famous for its Raukar (I don't honestly know if there is an English word for them, but they are sort of formation made of chalk stone) so we made a point to go and see them whenever we could. And as I found out, my kids are very prone to climbing things (especially rocks) and throwing things (rocks, though smaller), which seemed a very suitable activity while amongst the raukar. Here Jacob is exploring the raukar in Ljugarn, the eastern part of Gotland. 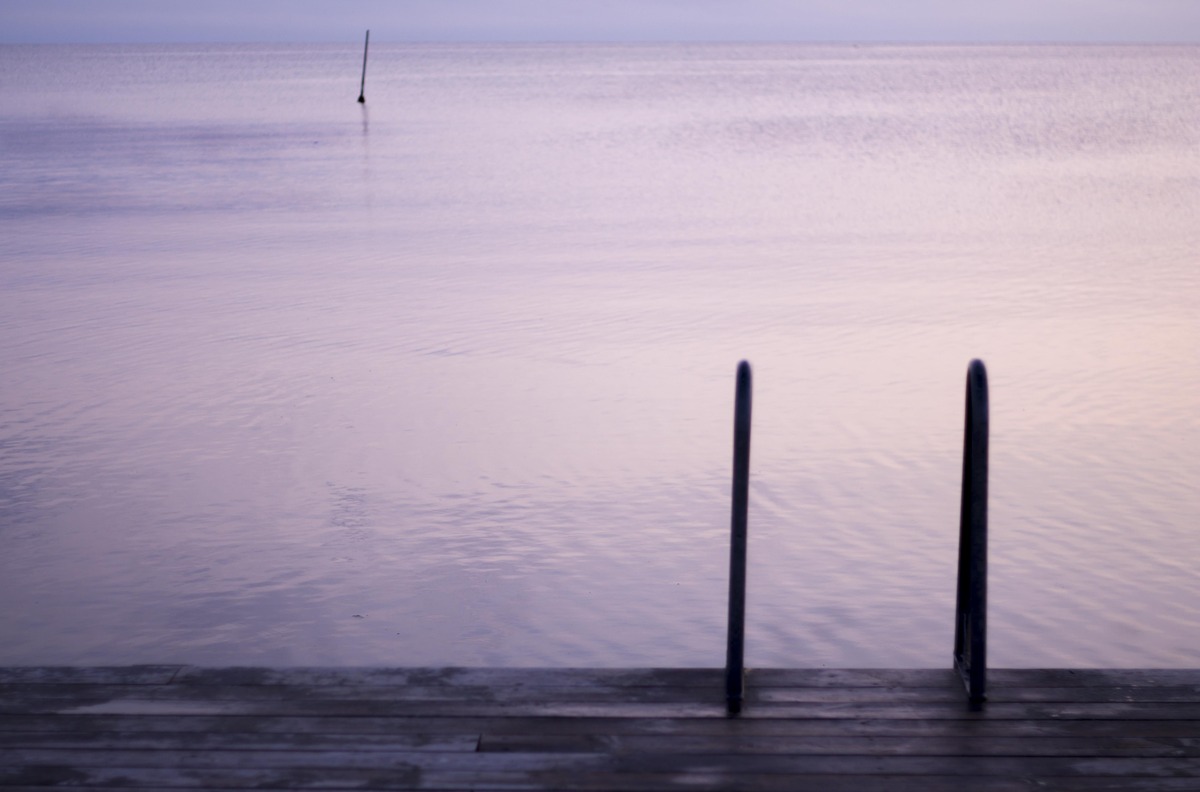 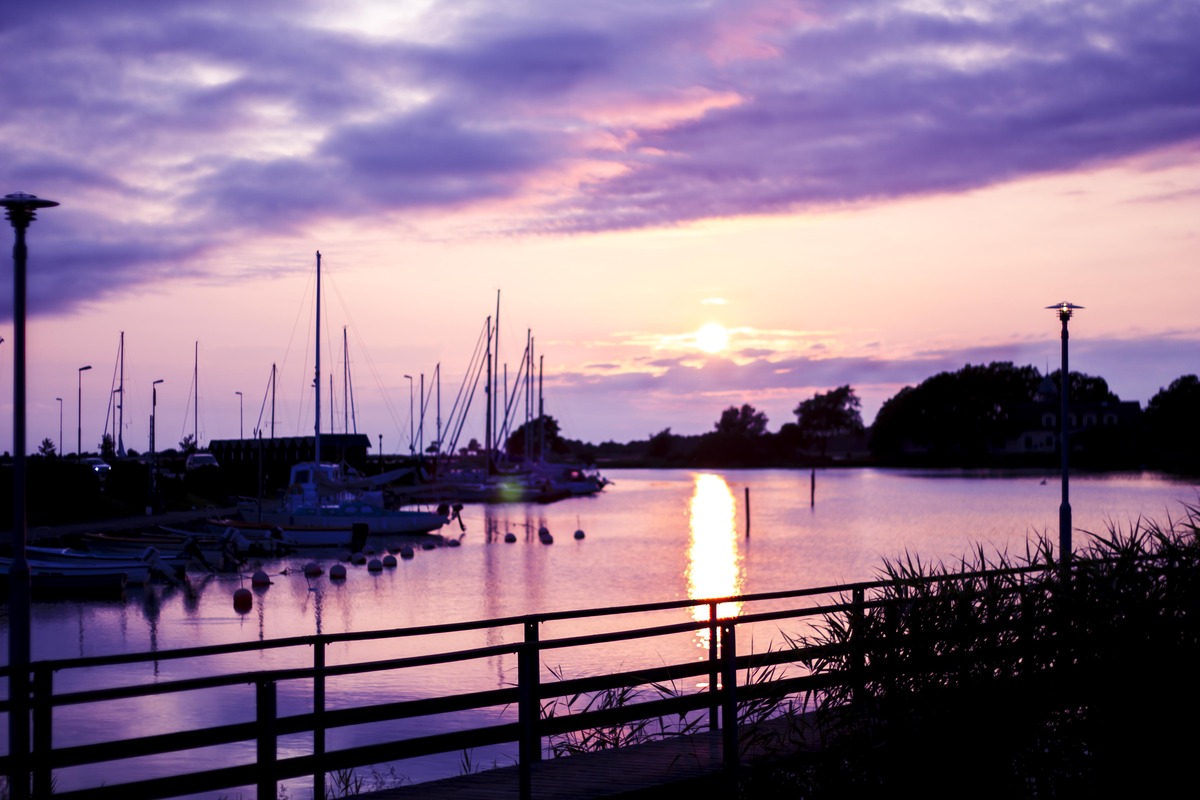 The house we rented, though not the little cottage in the woods I had envisioned was situated in Klintehamn, a small town not far from Visby (say maybe 30 minutes by car), with a cute harbor we could walk to at night and watch the sunset from. And it did have a trampoline, and that outdoors/ indoors indifference that is always so typical for houses and impossible to achieve in flats, so kids and dog were happy. 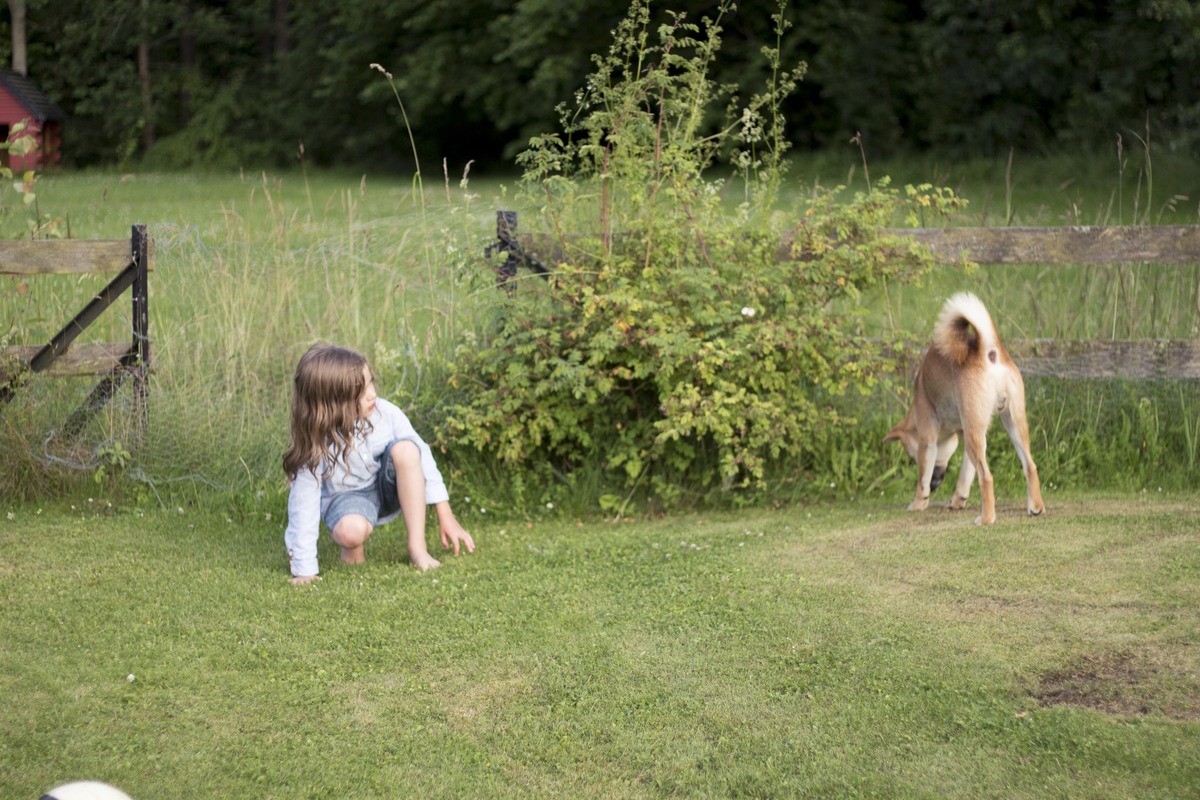 As we came in the middle of the so called Stockholm week (when brats from Stockholm invade even more heavily than the rest of the summer, partying pretty much 24/7 and generally just being load and unappologetic) we tried to stay clear of Visby. We went twice though, to pick up some groceries (wine. In the rest of the world wine is a grocery and something you can buy in the supermarket. In Sweden, you have to go to a specific, state controlled shop, and thre are like two of those in Gotland. One is in Visby.) I tried to sneak some pics of how beautiful the little city is (whilst avoiding capturing vomiting Stockholmers on camera). It really is insanely pretty, the soil in Gotland must be so good, wine and roses grow like crazy. 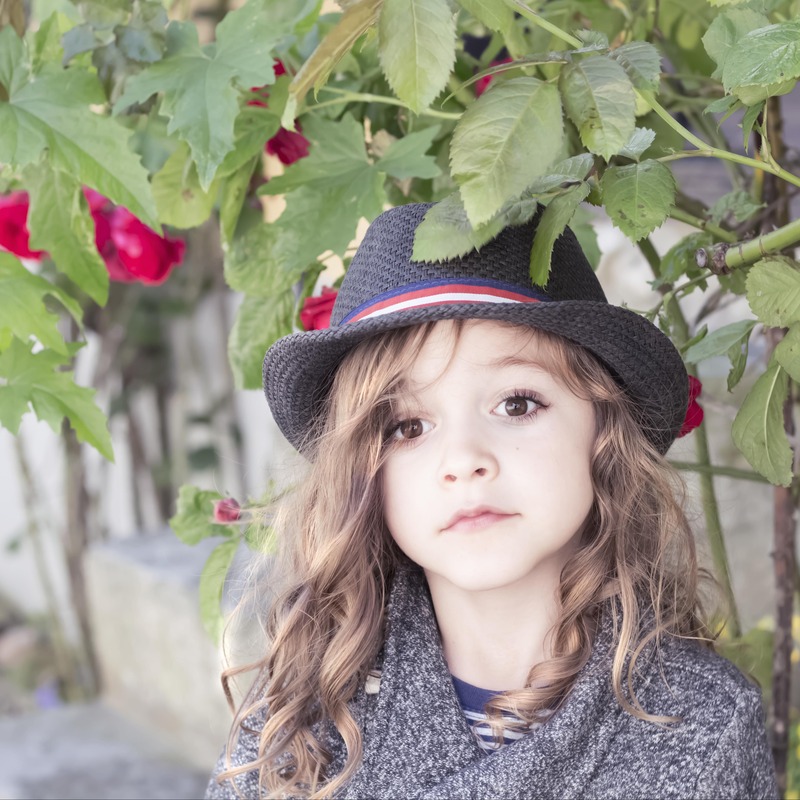 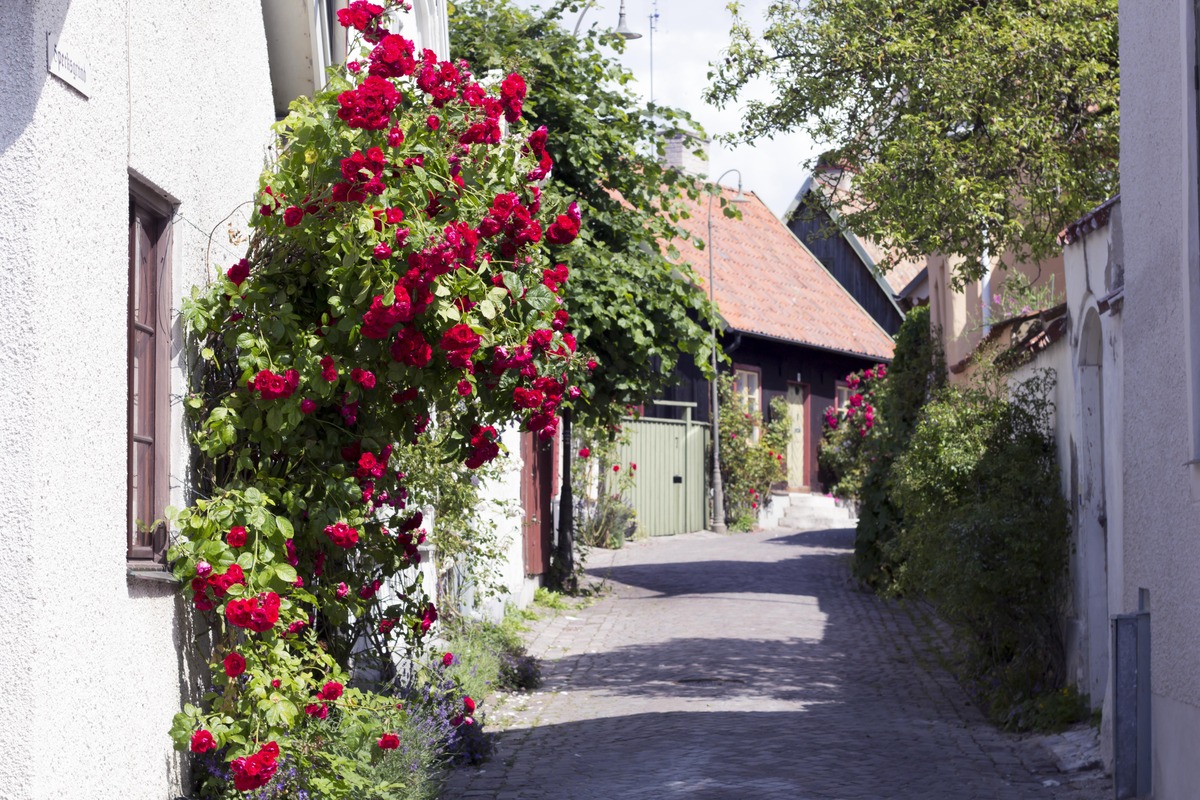 How lovely? Though I feel bad for the people who live in these gorgeous little houses and have crazy tourists misbehaving in their gardens... 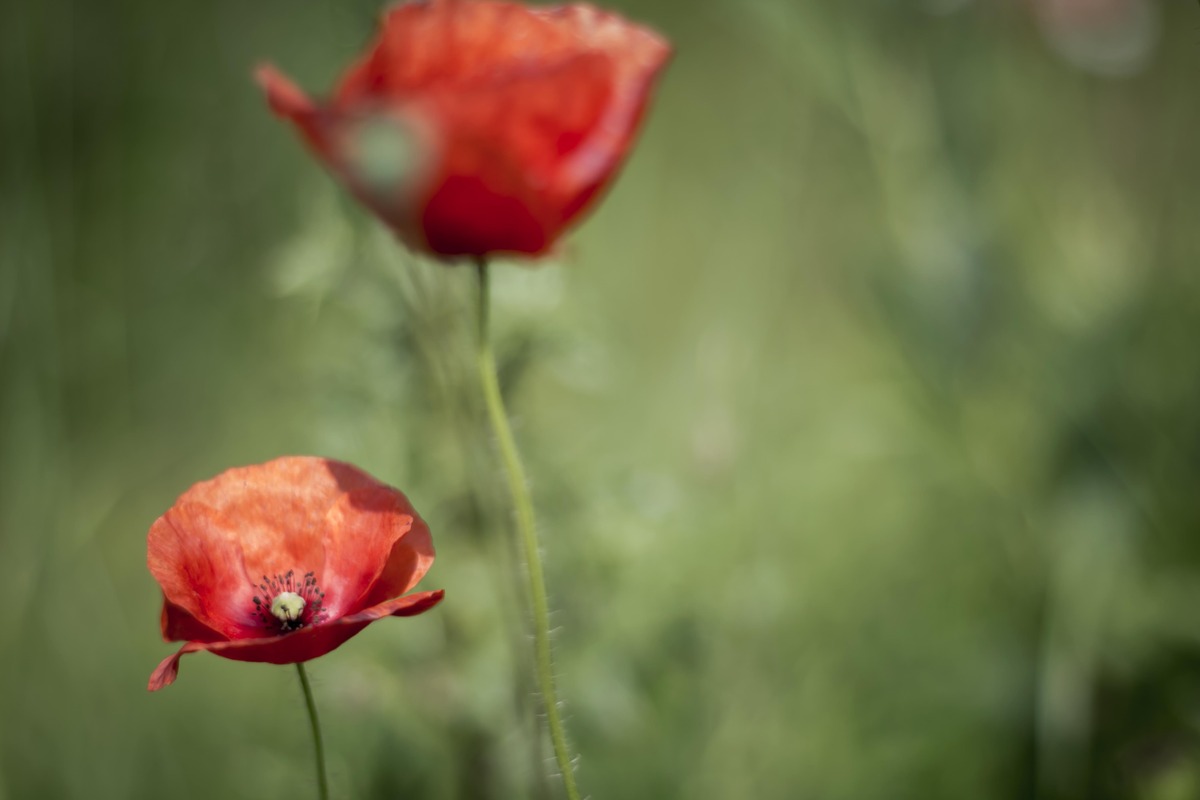 Then in our at this point rather desperate attempt to get away from drunk teenagers and my kids picking up new and inappropriate words from them, we packed up and headed to northern Gotland and Fårö - in my mind, the most stunning, breathtaking part of Gotland. 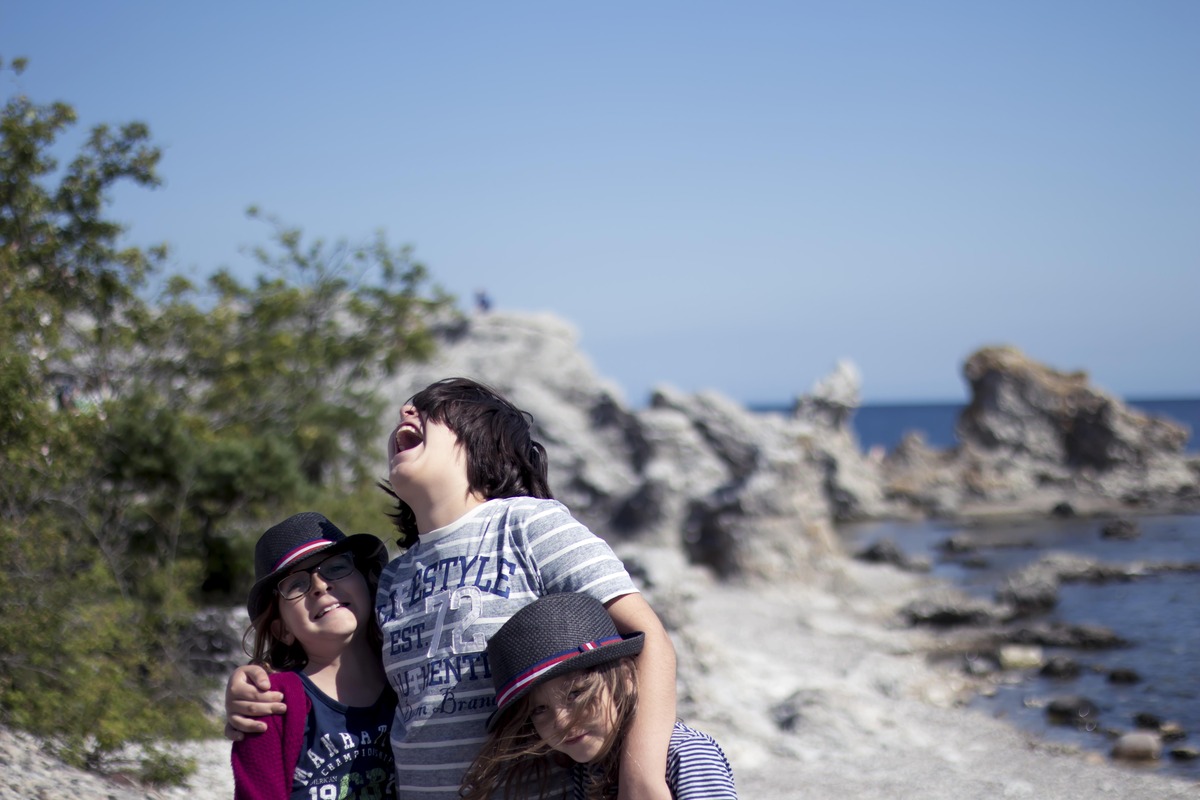 Raukar there as well, and crystal clear water with fish swimming in it, even by the shore. 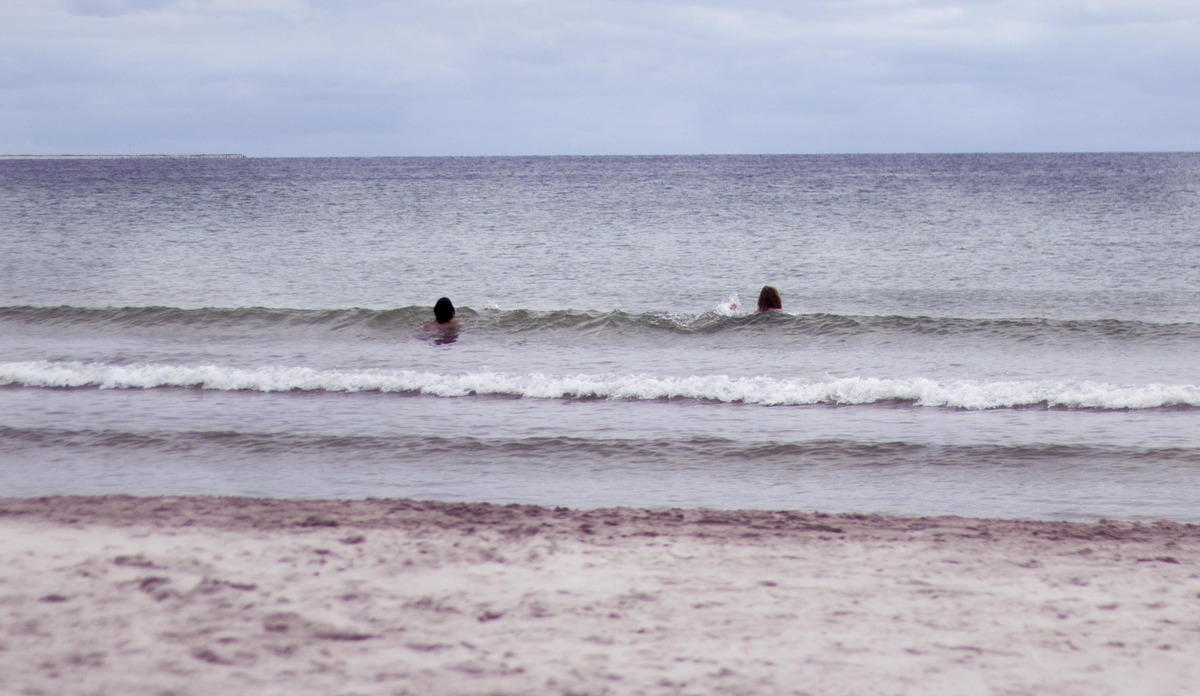 Sudersand, with this amazing sand and long, shallow beach. Even though not warm, the kids were ecstatic. 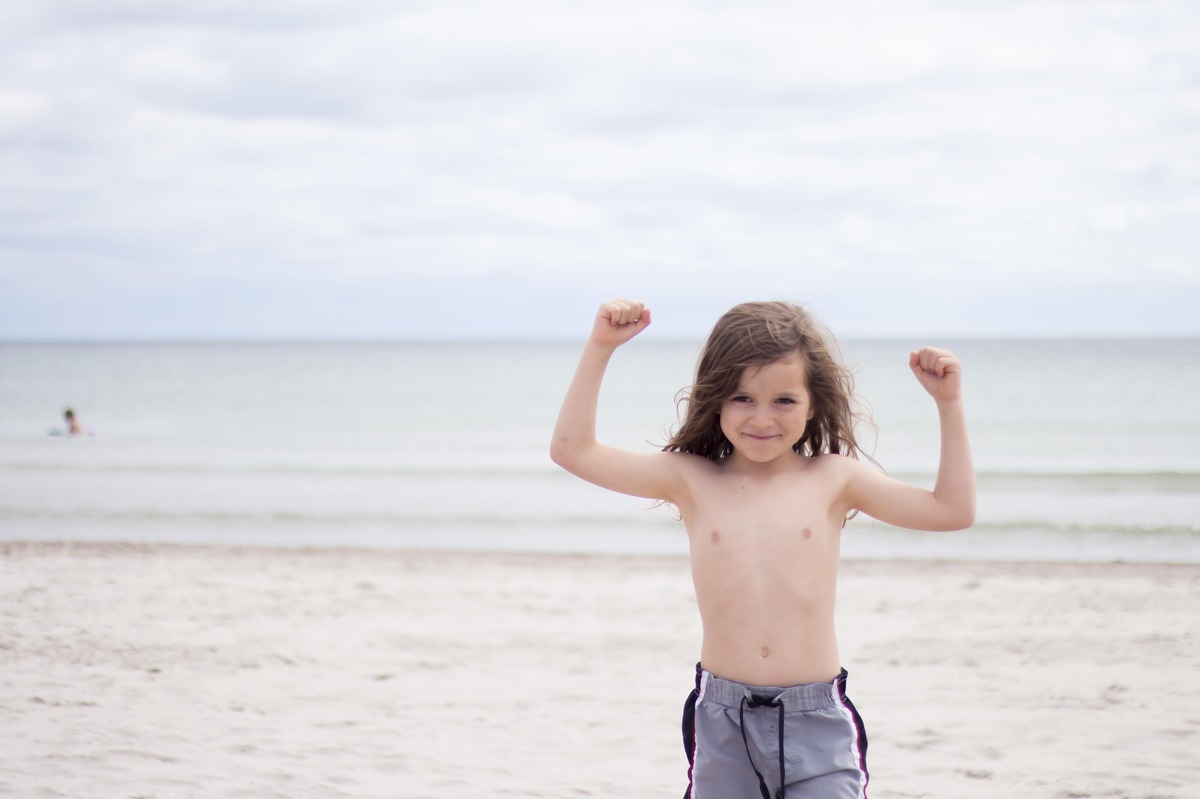 And this little man, who's generally quite fearful in the water, could bathe and enjoy himself without worrying as even twenty metres in the water still only came to his waste. 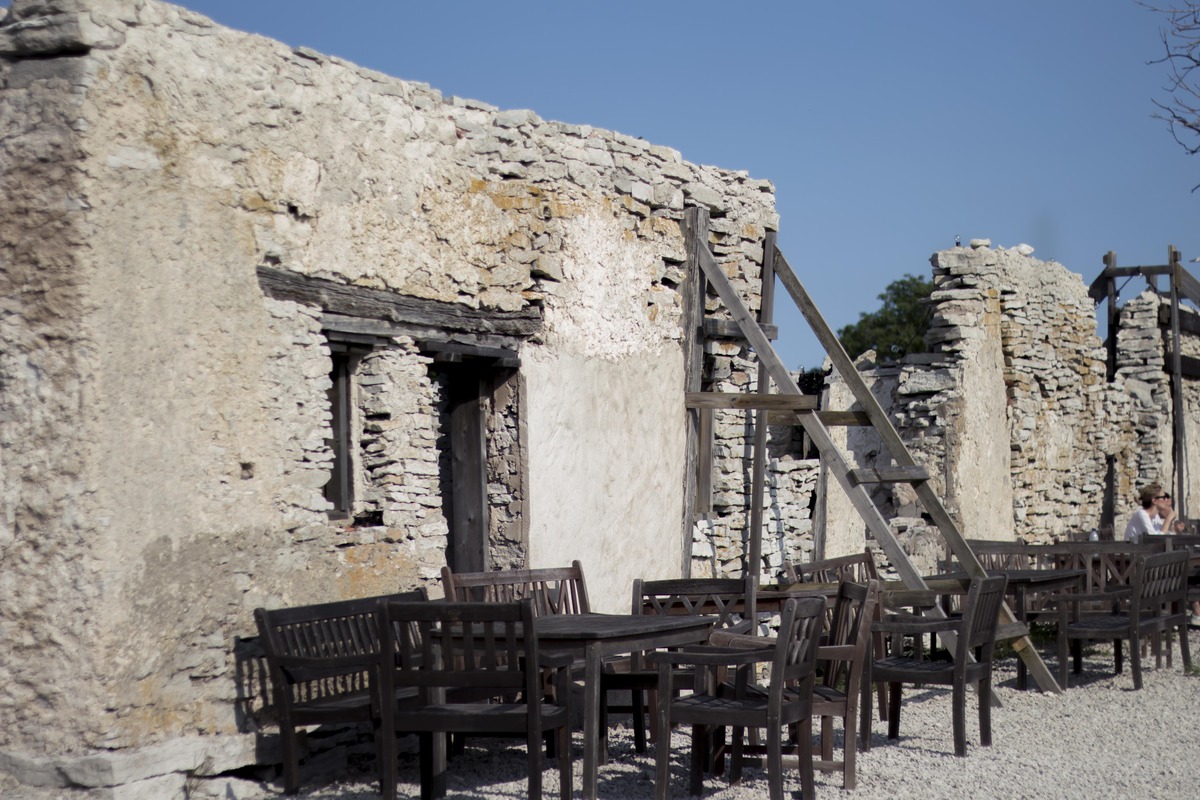 In Fårö we stopped (on our way to see the Fårö raukar, of course) at this little laid back ruin/ restaurant/ chillax place playing reggae music and offering hammocks for resting under the trees. This happened to be my Holiday Goal - lying in a hammock under the trees and feeling salty wind in my face, so naturally I made the most of this, regardless of the fact that the others were quite eager to continue. 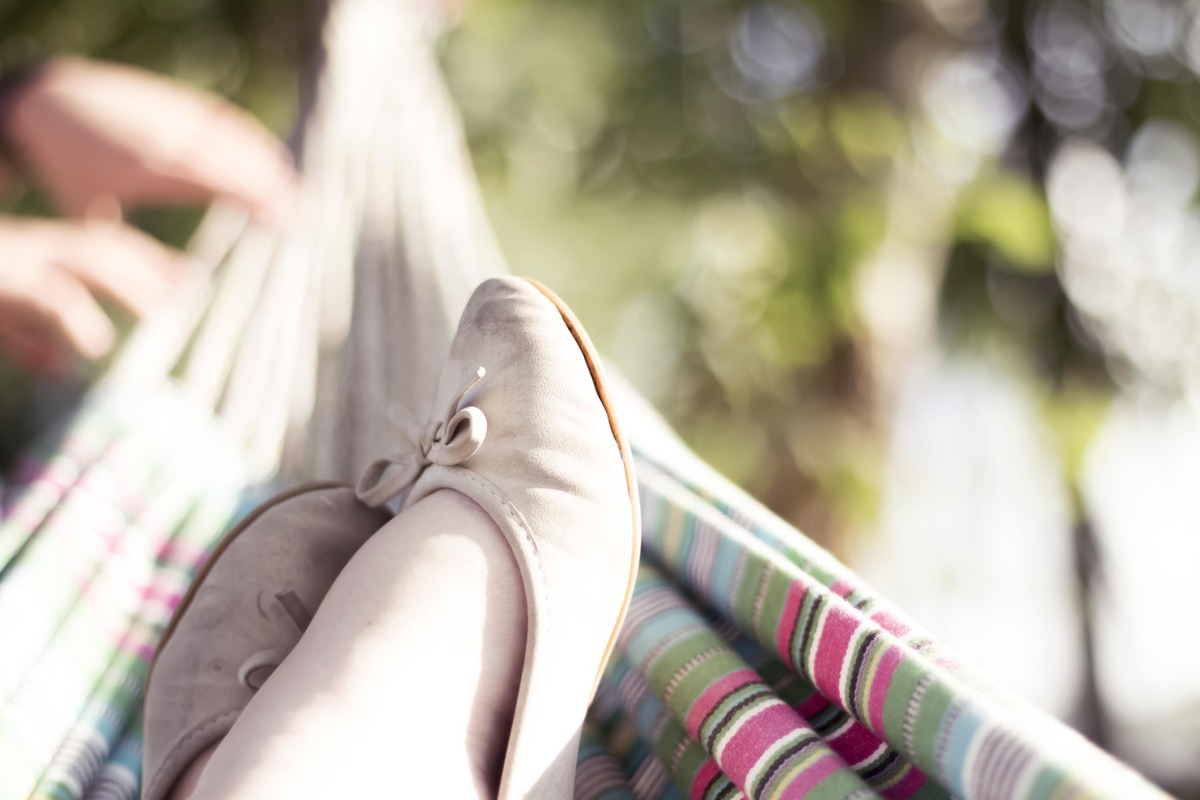 In our cottage (that we're still very much hoping to buy at the end of the summer) we will have hammocks. Lots and lots of hammocks.

And now we're back home, making plans for the rest of the summer. We have almost another month off, which feels amazing and so very luxurious. Maybe we'll rent a little house in the woods last minute, just to really get the feeling? The whole family is quite set on buying a little summer home for ourselves now, but for financial reasons that might have to wait until after the summer, when the prices drop. Right now, the kids are happy enough back with their books, toys, and a stable wifi. I kind of feel the same.