As you can see, clearly this is a Monday Panda, disguised as a raccoon. Clearly.

Ok, to be honest I got tired of the panda, and since I got some feedback that really, pandas are not that lovely animals, I thought I'd draw something else instead. Raccoons seem like nice enough animals - they eat pretty much everything, they're clearly quite clever, and can basically adapt to any kind of life. So if you think about it, raccoons are actually much better than pandas. Glad we got that straight.

And I know, I'm basically only posting pictures of cuddly animals I've drawn right now. That's because work is kind of mental, and tuning it out is kind of hard. But I've noticed that when I'm drawing I don't think too much about work (at least not consciously) so it became a nice relaxation. Plus the kids make up fantastic stories about the doodlings. This guy apparently is an escaped prisoner, hiding out in the woods just out of view from the prison. He's waiting for the search party to loose interest before he heads of to a boat waiting for him. The boat will apparently take him to Denmark. Not sure what's waiting for him in Denmark, but that's how far the story came before they lost interest and returned to discussing Minecraft... Also, it's getting the kids interested in drawing on the ipad. Below is a picture Jonathan made. It's a fisherman (the actual fisherman has gone to the loo, but he's basically there, just not right now) 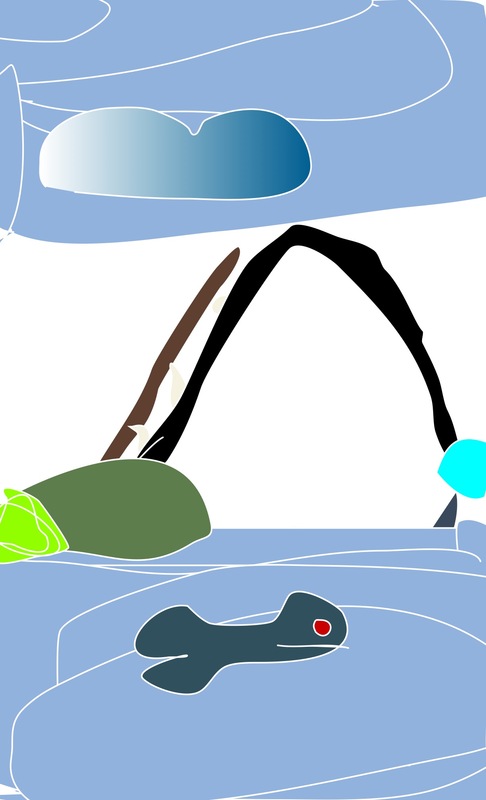