Colouring outside the lines

As I put on makeup this morning, I realised that I no longer have enough eyebrows to make out where they begin. So I started drawing about where I thought there ought to be eyebrows, only to realise that I looked like an idiot… It took a few tries before I thought I got it about right, and then a few checks with old photos to make sure it looked somewhat the same. I wonder if I will get better at making up eyebrows as I go along, or if this is where all that time I’m saving on my hair is going to go…

Today I went to give my blood sample, hoping against hope (as always) that my blood count will have gone up, but not really expecting it. If it’s too low, I’ll get a blood transfusion as well as chemo tomorrow, if it’s ok (that is basically anywhere above a hundred), it’ll just be the chemo. Of course I would prefer only getting the chemo, but I’m very happy that I can get blood when I need it, it makes a huge difference, but as we’re constantly low on supplies of blood here, I feel guilty when I have to get some, thinking it’s two bags less for someone who’s having surgery or are otherwise in dire need of it…

It’s been harder this time round than the last, no point beating around the bush. Instead of almost two weeks of feeling well, I’ve had two weeks with various aches and pains. My back hurts every day when I wake up, the skin on the back of my hand hurts to touch, and despite my efforts not to, I still worry about the checkup in two weeks time and what it will show…. And after the awful Day Three the last time, I’m quite concerned how Monday’s going to turn out.

This staying at home business is also hard to get my head around. On Monday, I did nothing but stay in bed all day, then spent all evening berating myself for not having done anything with all that time. Then yesterday, I shocked myself by cleaning the house, doing some washing and actually making cup cakes for when the kids came home from school. I was so stunned I had to sit down and have a glass of wine to recover! I know those of you who know me won’t believe it, so I’m adding some picture proof here. Three different kinds of cupcakes they were - raspberry, blueberry and chocolate. I know - clearly the age of miracles has not passed, and a good thing it is for me too! 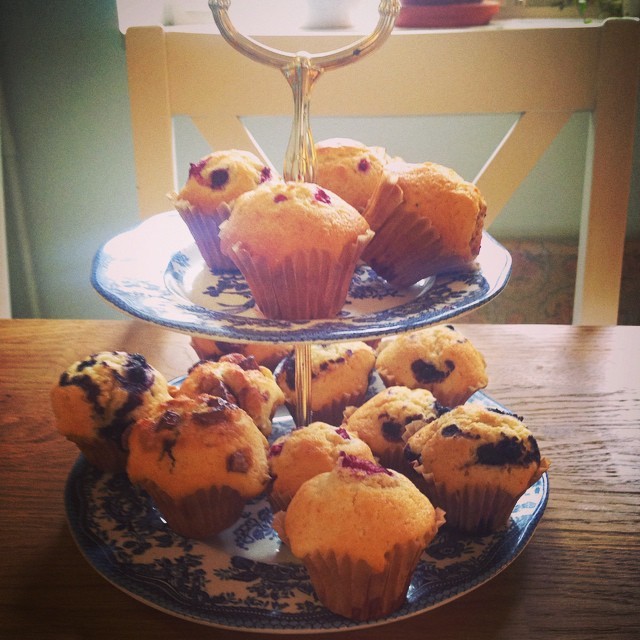 There you go - picture proof of my super productive day!