We’ve had a truly wonderful week of sun, swimming, food and drinks, and are now back home again. Before I go into all the loveliness of the week, I want to direct a huge, absolutely massive Thank you! to all the people who contributed to make this week a reality! I really can’t thank you enough - but I hope that you can feel my gratefulness even though my words are inadequate. With all the madness of being on sick leave, insurance companies making trouble and refusing to pay, there really is no way I could have afforded to do this trip if it wasn’t for you. It’s a memory the kids will always have of a week away from this horror that has become their lives (and if they forget, I’ve taken about a gozillion photos to help them remember!). 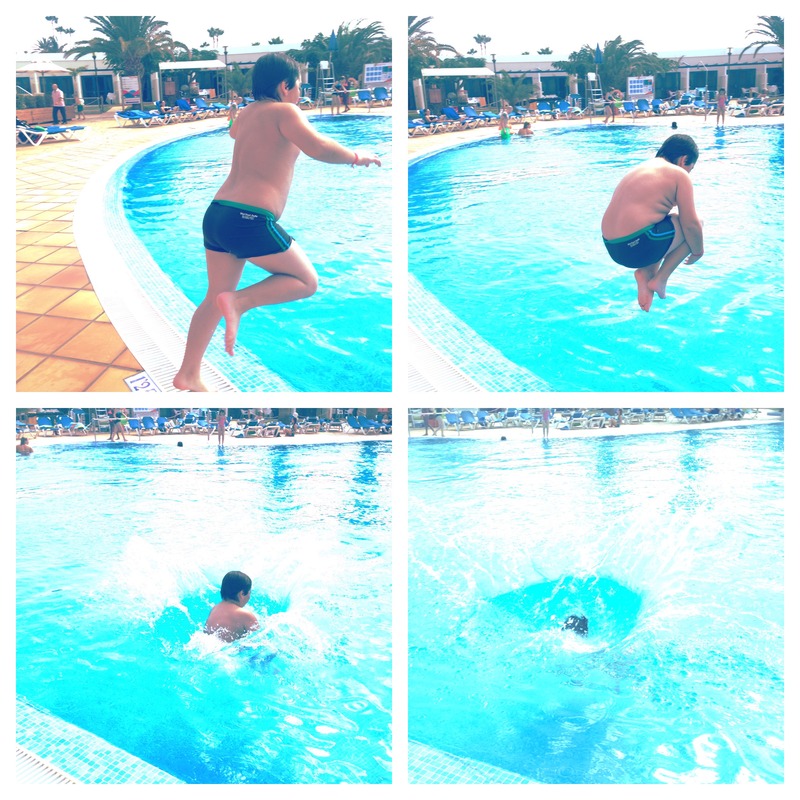 The kids swam in the pool non stop. Jacob (almost) learned how to swim - which is a huge step as he’s been quite scared of water before. And since he’s so skinny, we can’t really go to the swimming pool close by - he gets cold after five minutes (and by cold, I mean his lips are blue and he’s shaking non stop). Here, he could practise jumping into the water and getting his head completely under water, eventually brave enough to remove his arm pads and practise floating (not so easy when there isn’t an ounce of fat on you apparently), and eventually trying to swim. He can manage a few metres, and most importantly, he’s no longer terrified to start his obligatory swimming lessons next year. Jonathan, who’s always loved being in water had  an amazing time, jumping in and trying to do tricks in the water as often as possible. Milo’s still wearing his arm pads, but can move around and has finally stopped referring to getting his head dipped as “drowning”. 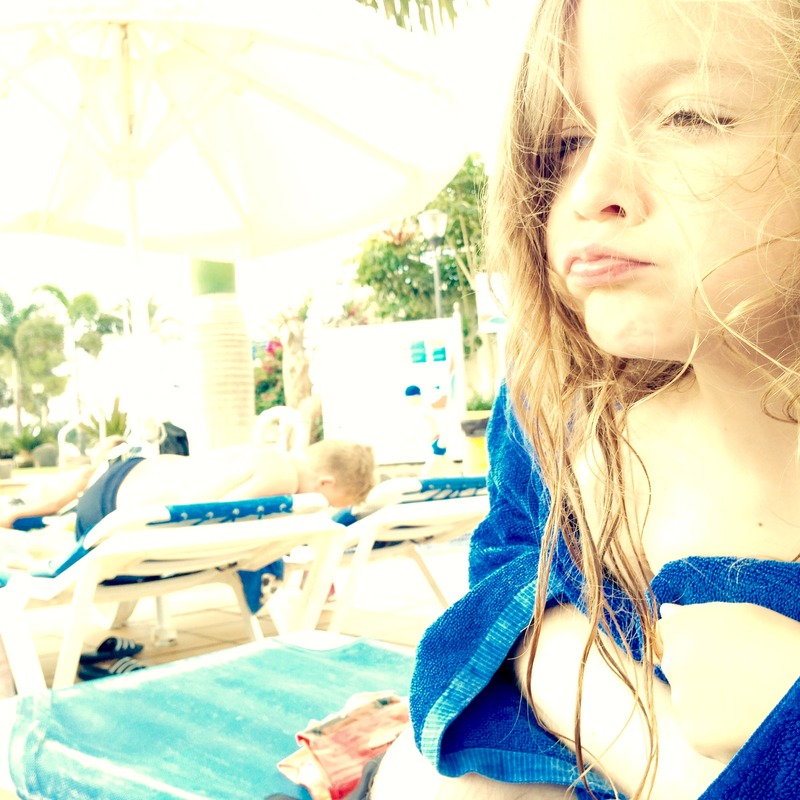 When I needed a rest, Ilir took the boys to the sea, where they got to swim in the Atlantic, get splashed by waves and look for sea shells and pretty stones. 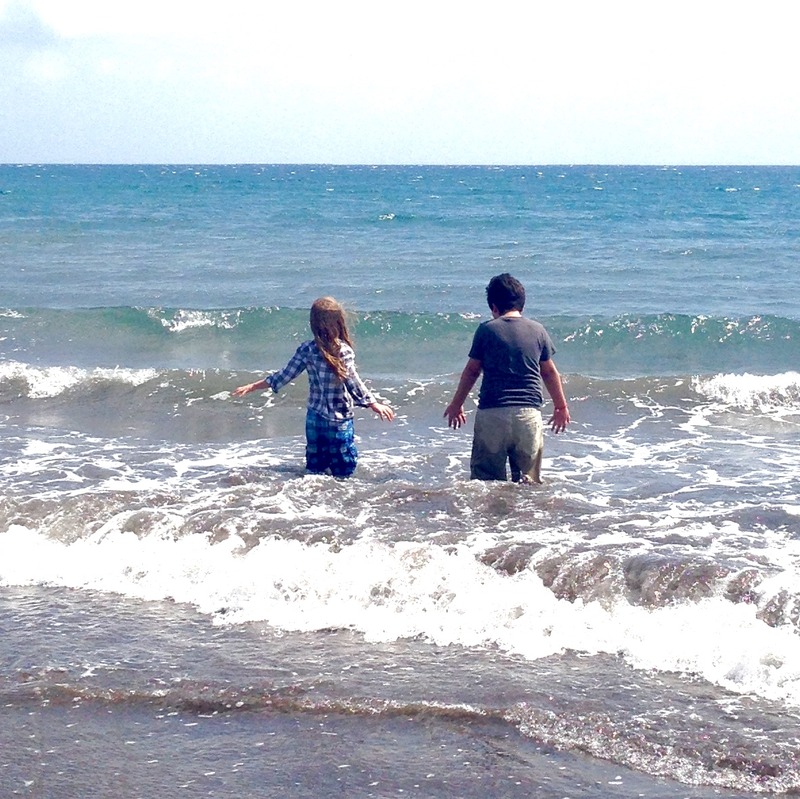 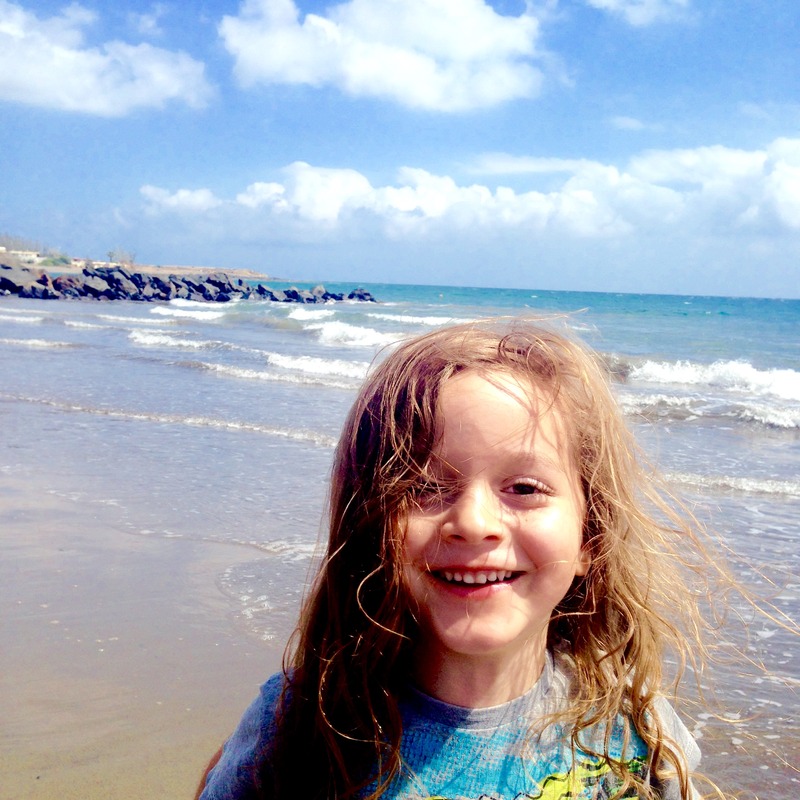 Milo got to meet Bamse, though he was somewhat hesitant he finally gathered up his courage and went to say hi. He was fascinated, even though he explained several times that he knew there were people in the costumes, at the same time they were the characters from Bamse as well.

Jonathan was most impressed with the idea that someone would wash and change the towels and sheets for us, he thought that was a luxury quite beyond belief. And I realised that of course, they haven’t stayed at a hotel before: whenever we’ve traveled we’ve rented a flat, or stayed with relatives: this was all new to them. And even though they enjoyed the idea of always having food prepared, they all agreed that they preferred Ilirs cooking, saying how spoiled they felt for having someone cook such good food for them. So for tonight they’ve ordered him to make carrot patties for dinner!

I decided I might as well go scarf-less, since wether I wore scarf or not seemed to have little impact on the amount of stares, pointing and whispers I got, so I figured I might as well be as comfortable as I could! 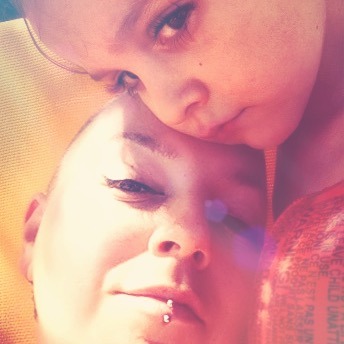 The flight, though a good five and a half hours, was a breeze, at least as far as the kids were concerned. And considering how the other kids on the plane behaved I was so proud of my calm, well behaved little ones. I was less happy with other kids on the plane, but I suppose there must be at least one baby screaming his lungs out on all planes… I’m just happy that kid doesn’t belong to me! Usually, I’m not the one with the best behaved children, they run a bit wild, are highly opinionated, and tend to get into arguments with each other constantly. But they do have good flight manners! No loud voices, no kicking the next chair, no wrestling for armspace or reclining your chair, and definitely no, absolutely no crying. Actually, I’d say they’re better than most fellow passengers on any flight! 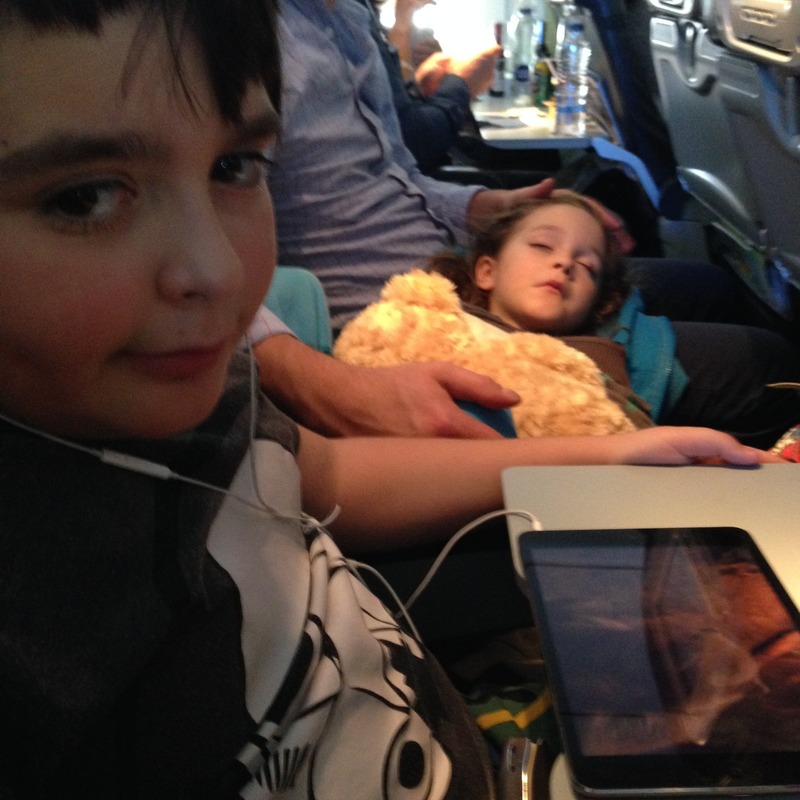 And as we were heading home, the kids told me how happy they were with their holiday, how much fun they had had, and how pleased they were to be back home, and my heart filled with gratitude that I had been allowed to experience this with them. Again, thank you! Now we're safely home again, and tomorrow it's back to reality as I head in for treatment number six.

kids, holidays, travel, time saving hair, being a family, chemo and other treatments